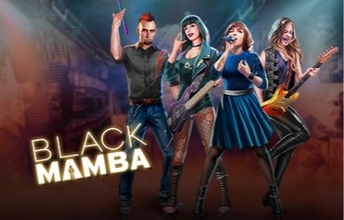 No,  it’s not that type of Black Mamba.

And it’s definitely not that type of Black  Mamba!

Play n Go’s latest is a tribute to the Italian Rock band. 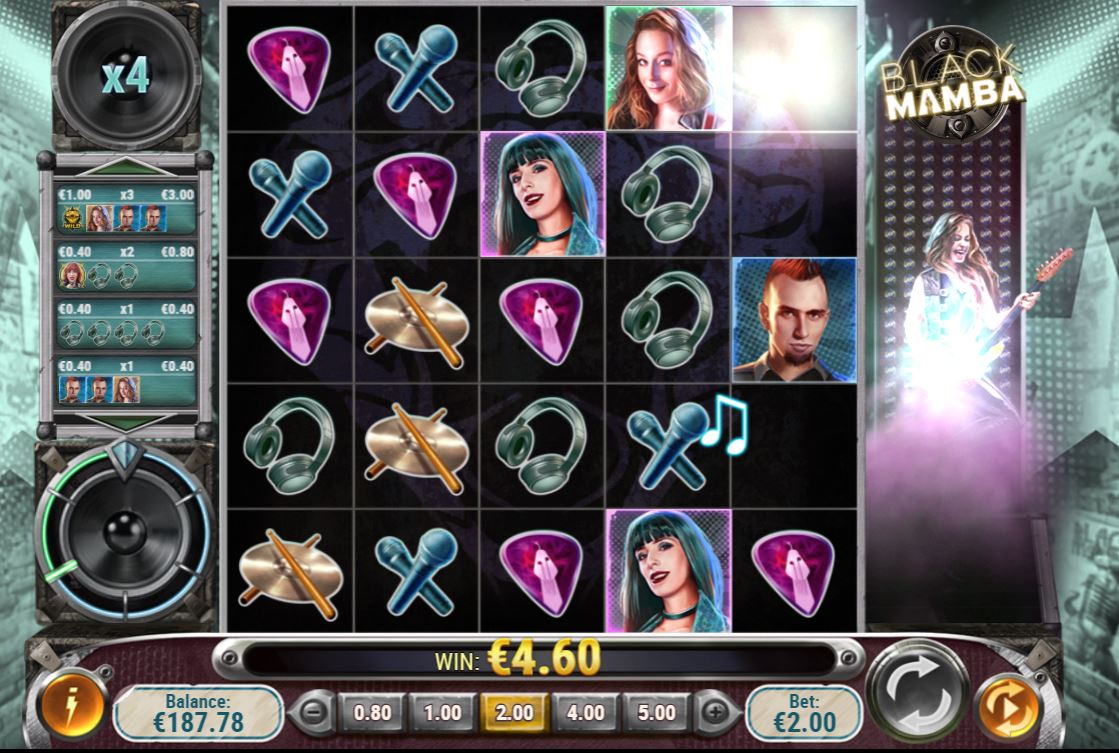 After the success of House of Doom, Sabaton and their most recent release, Demon, Play’n GO have once again teamed up with another band to create and unique slot based on their musical stylings.

The Italian super band from Italy comprises of four members; Martina Cori (vocals), Alexandra Maiolo (guitar), Cecilia Nappo (bass) and Federico Maragoni (drums), all of whom feature as characters in the game, using their musical skills as part of its special features before coming together in an epic grand finale.

As always, the band themselves were very involved in the game’s creation process, making several visits to the company’s office to work with the producers and artists involved in crafting the game’s final design.

The slot includes the band’s original music, as its soundtrack is taken from their newest album Black Mamba II, which was released in October this year. This includes popular tracks such as Monsters, Natural Born Disaster and the hit single Watch Me When I Fail, which is performed during the game’s main Free Spins feature.

So there you have it.

It’s a grid slot with more than a passing nod to Rise of Olympus.

Each time a win is formed the symbols are removed and the rest cascade into place.

This isn’t a standard avalanche slot though – symbols are not replaced.

Instead if you clear the symbols entirely you’ll receive free spins.

ALong the way you’ll be helped by the band members.

It’s pretty much all about Martina when  it comes to the wins.

You can hit 100x or more in the base game on this pretty regularly (comparatively of course) so you really want to land Martina. Easy there at the back.

This is filled by landing wins featuring the band members.

When active each of the band members will take their turn in the spotlight and perform their special move.

Alexandria: Will remove two sets of symbols from the board.

Cecilia: Adds one or two wilds to the board.

Fred: Upgrades an entire symbol set on the board.

If you have overcharged the charge meter with more than 4 wins then you’ll be awarded a multiplier for each overcharge.

Clear the board of all symbols and you’re into the Free Spins.

During the bonus round every losing spin will trigger the band members special feature modifier.

Marina’s special ability kicks in after every single spin.

There’s a bouncy Jammin Jars style multiplier wild flittering across the reels too. I’ve had this up above 15 so there is potential with this.

After each sspin the multiplier resets – shame but otherwise this would completely insane.

The free spins can be retriggered in the same way as they are entered and the overcharge will addd multipliers as usual.

The concert feature can also trigger for a 50x win.

It’s a shame that Play n Go have dedicated this to an Italian rock band because that may limit its audience and it’s such a nice game.

For me it beats their previous grid slots hands down.

I wish the drummer would do one because that bit just gets on my nerves, and he always seems to hang around forever.

Try it for free in the demo at  the top of this review.