Caveman Bob is a 5 reels and 3 rows slot machine with 20 pay lines from Rlax Gaming.

If any game can be classed as our nemesis here at SlotMad it’s this one.

But did we give up?

Well yes we did actually.

We eventually called time on it after an unlucky run lasting what was probably a few hours but felt like  a few months.

We got to Level 2 of the three levels you need to be able to choose  your favourite place within the game.

Oddly the second (and we have to assume most difficult level to break through) is the worst section of the game.

Until you open location 3 you can’t go back to location one.

You can see the issue here can’t you?

Badly misjudged that one Relax. You can’t get them all right.

I would re-release the game with the locations unlocked if the opportunity ever arises because without that quirk Caveman Bob could be a great game.

I’d also have a word with Bob.

There is no way in Hell that humanity would have survived beyond a few years if Bob was our ancestor.

He can’t even catch a giant egg. A GIANT egg.

He has the hand eye co-ordination  of a drunk wearing a blindfold receiving random electric shocks.

Him and his entire family would have starved to death long before he managed to bring them any dinner.

There are three locations in the world of Caveman Bob.

The paytable remains the same.

We really don’t like to review games here on SlotMad unless we’ve experienced all of the game.

So, in order to finalise this review, months after the game’s release I’m going back in…

Going for the Egg!

He did it! He finally went and did it.

Caught an egg and got us out of this frozen wasteland! 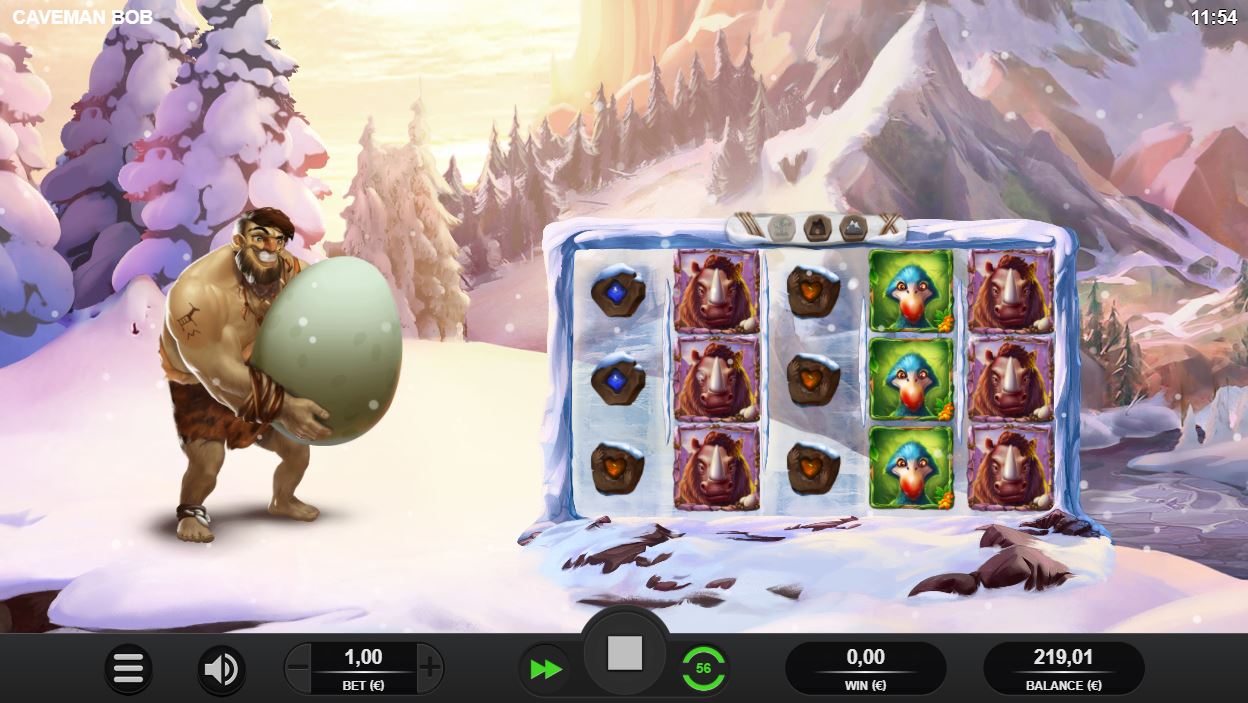 I had too lower the usual stakes to get there but we’re off to the Oasis!

It looks a lot nice here.

Each location has it’s own set up and RTP. 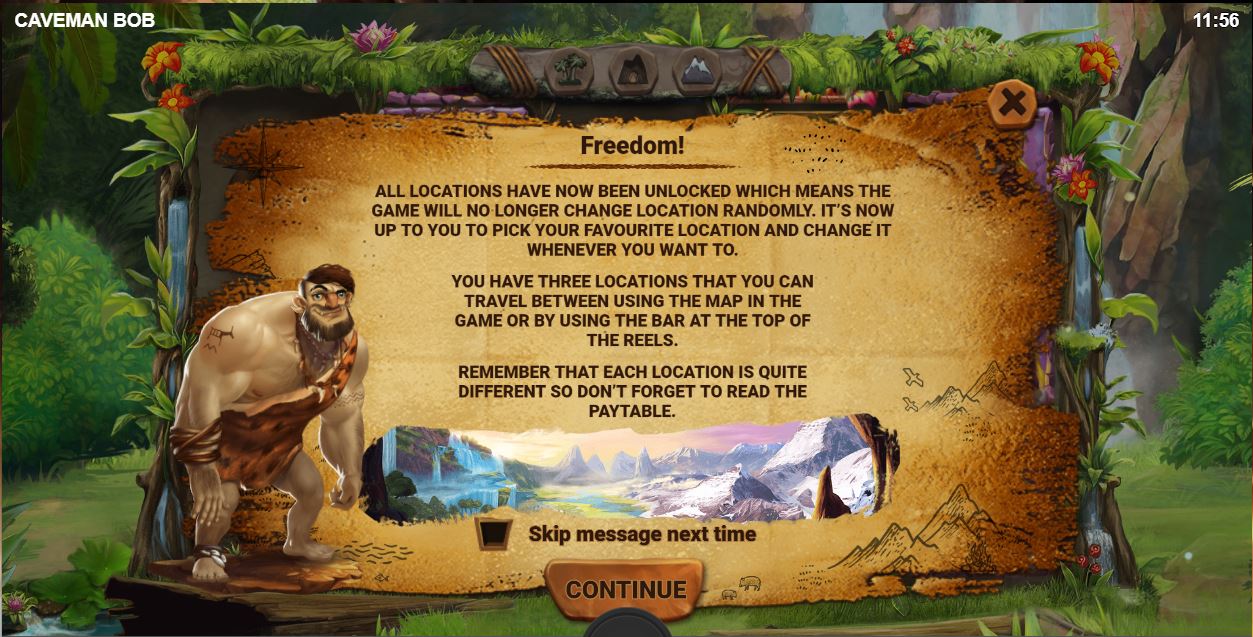 This it Bob – the land of  Milk and Honey and if this one doesn’t work out it’s all back to Bob’s Cave for an after-dinner party.

So we spend some time in the Oasis, we needed to thaw out a bit.

Now Bob is catching (or failing to catch) fish.

In terms of the bonus game features the oasis is my favourite.

The issues is that the game isn’t fun enough, regardless of where Bob is.

The gameplay isn’t there though, it’s just not good enough to keep you coming back for more.

Try it for yourself with the  play for free demo at the  top of thhe page.

let us know what  you think in the forum.

better still let us know what you think by joining our live casino stream.

Why not try some of Relax’s better games?