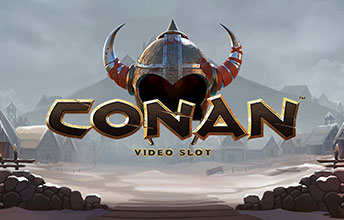 We’re a  bit late reviewing this one aren’t we, it’s been out forever.

What? It’s not the slot called Conan?

It is the Conan slot, but it’s a new one?

With exactly the same name?

They didn’t even bother to add ‘the barbarian’ to the title?

You’re absolutely sure it’s not ‘Cohen the Barbarian’ – that would  be legendary. 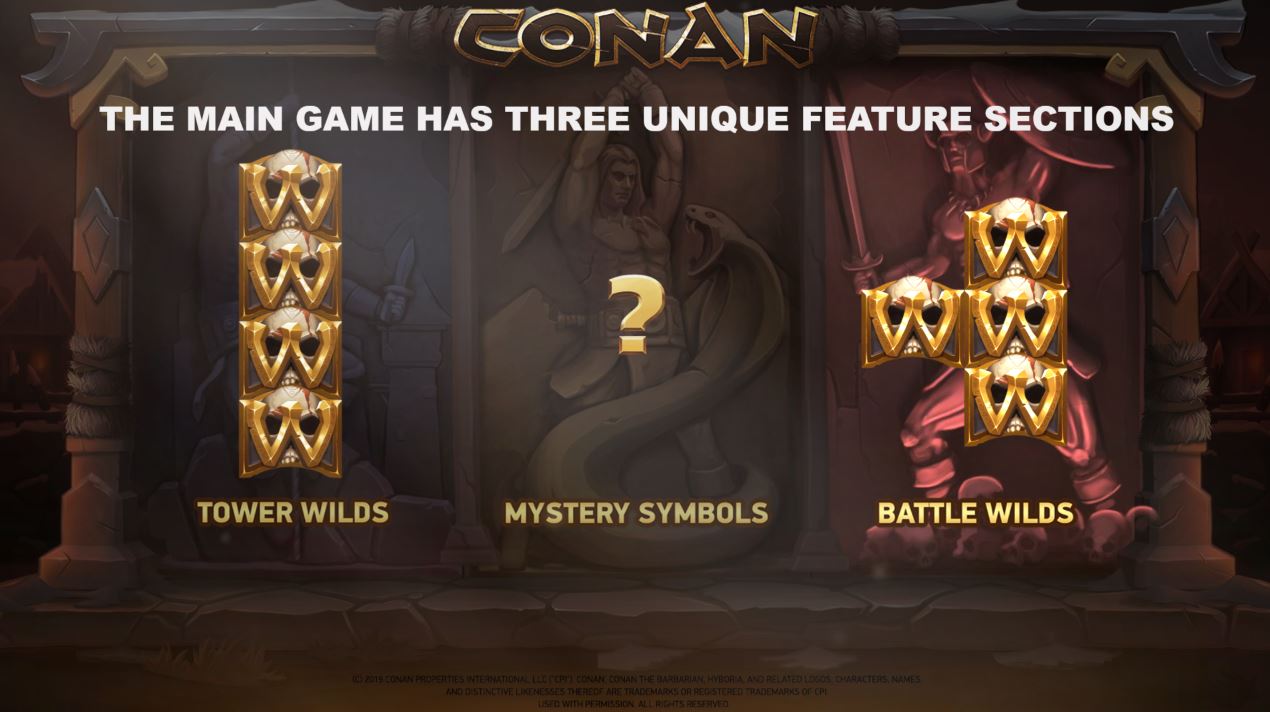 Netent’s Conan slot (not to be confused with Cryptologic’s Conan slot) is a Conan is a six-reel slot with 24 paylines that pays both ways.

The game takes place in Hyboria (or rather during Hyboria). Technically it takes place on Earth but in the Hyborian age in the novels.

What do you mean I’m being highly boring? Oh yeah I see that… 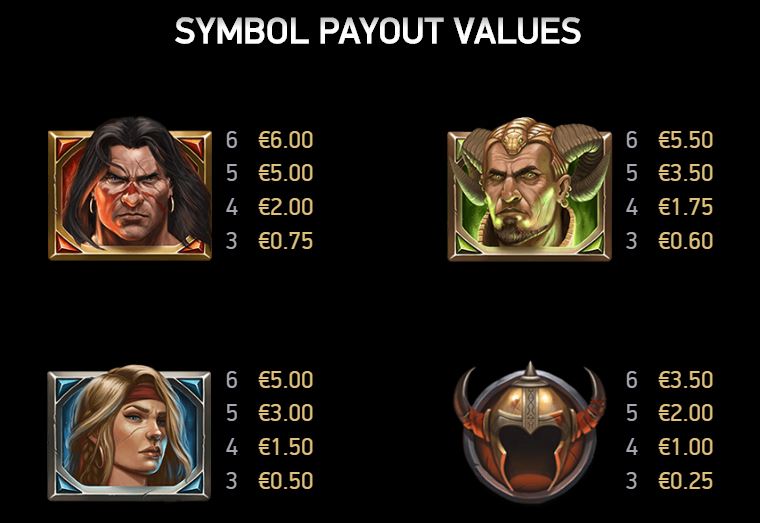 All the money comes from these 4 symbols.

Jenna, I’m assuming that’s her – obviously this is early days because in the novels Conan eventually drowns her in a pool of sewage. Nice lad. Is worth a fiver.

The chap with the horns(Thoth-Amon)  is squeezed between the two of them (they did get a tad raunchy at times to be fair).

Bear in mind there are modifiers and multipliers to throw at this payable yet so it’s not as miserly as it initially seems.

The Conan base game 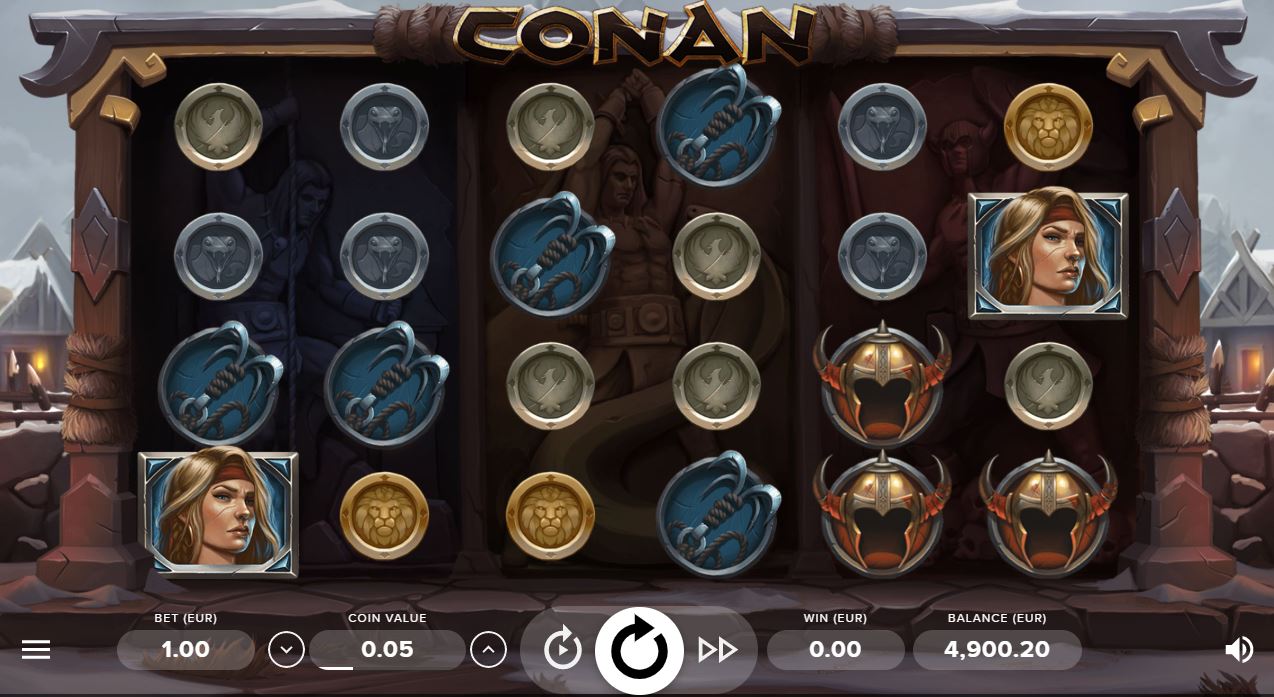 The graphics are great. The symbols are functional and a bit old-school but the animations and sounds on for example the anticipation spins are brilliantly done. 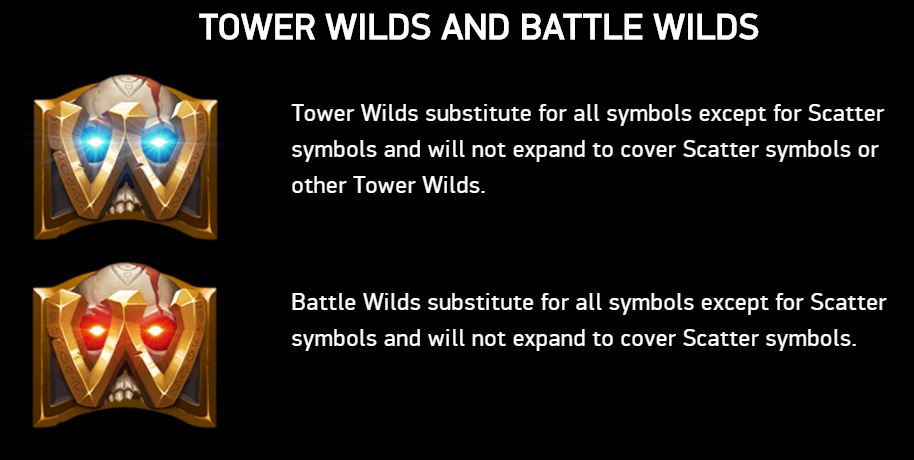 Tower and Battle Wilds will substitute for all other symbols except scatter symbols.

Both of these symbols expand but will not expand if blocked by a scatter symbol.

So we expect to see a fair bit of that… I know, I’m an optimist by Crom! 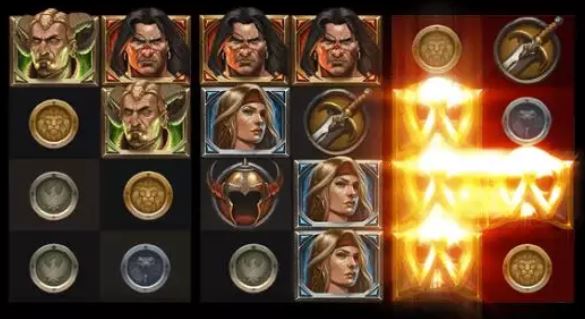 Battle Wilds can show up on reels 5 and 6 during the base game and can expand up to three symbols as well as sideways onto reel 5 or 6. 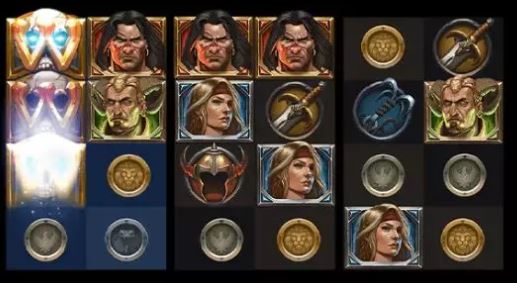 Tower Wilds act in the same way as the battle Wilds but on reels 1 and 2.

3 or more scatters anywhere on screen trigger the Free Spins. 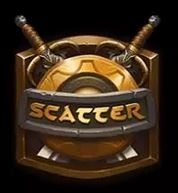 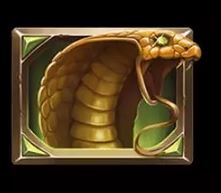 Mystery symbols transform into any other symbols except Scatters.

A fully stacked Mystery Symbol landing on reels 3 or 4 (Think Vikings bonus round trigger and you’ll know what we mean)  will trigger the Mystery Multiplier.

The Mystery Multiplier awards a multiplier between 3x and 7x. 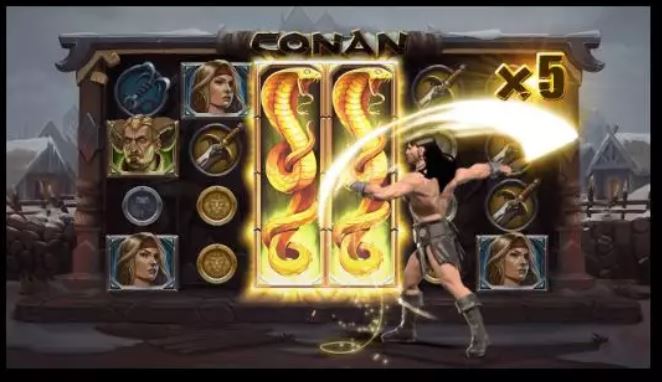 If these stacked mystery symbols are combined with either a Battle or Tower Wild then you’ll be rewarded with the Thoth-Amon feature.

When the Thoth-Amon feature roars in Mystery Symbols are randomly added to reels 2, 3,4 and 5.

You can receive between 3 and 6 mystery symbols.

They will be in addition to any existing Mystery Symbols and they can’t land on Scatters symbols.

Once all the possible positions are covered by Mystery Symbols the feature will end. 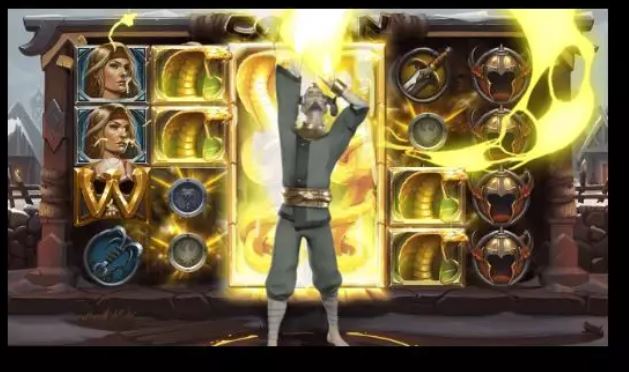 The Features in Conan slot

On landing 3 or more free spins you’ll be invited to choose between three bonus rounds. 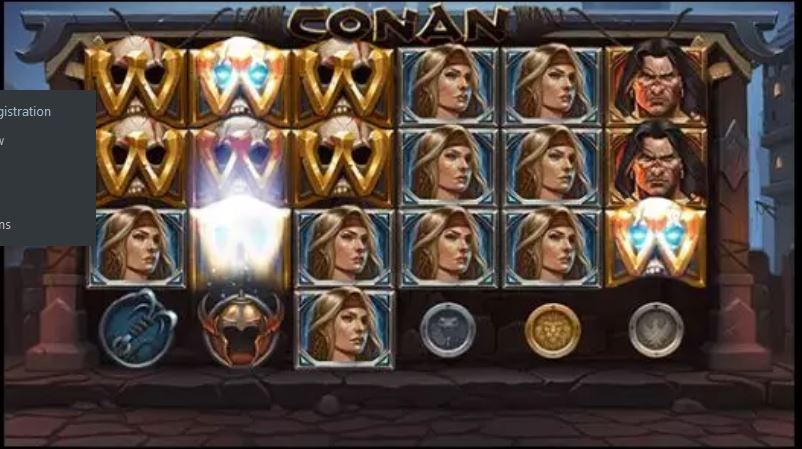 If you’re familiar with Netent,s wildly successful Twin Spin then you’ve got the basic idea of the linked reels which appear in all these bonuses.

Reels will be highlighted and will match up together to enhance the chances of the reels matching up for wins.

In this feature the Tower Wilds can appear on all reels and create stacks of Wilds.

In two visits to the City of Thieves I’ve averaged 50x. Not too bad for a low volatility feature… 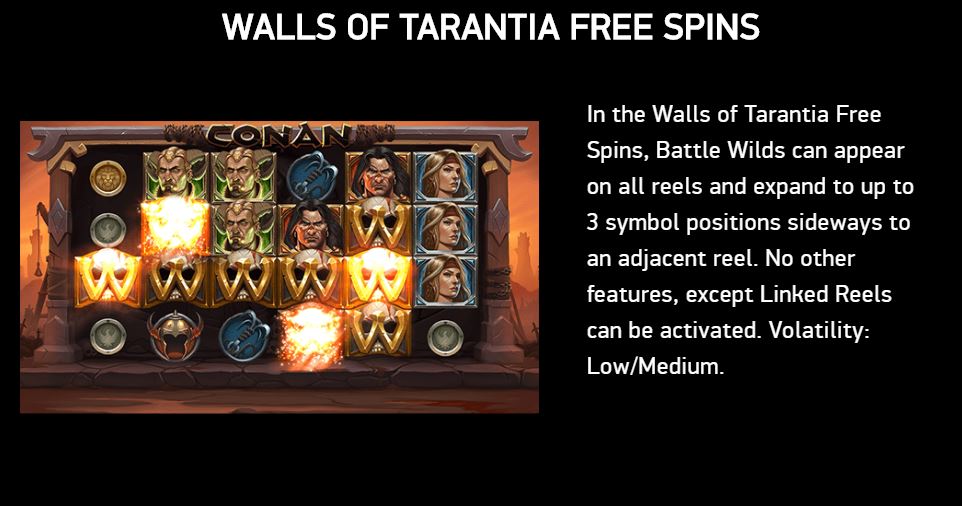 During the Walls of Tarantia free spins round Battle Wilds can appear on all reels.

These can expand up to 3 positions horizontally.

As with the City of Thieves feature this one is low-medium volatility. 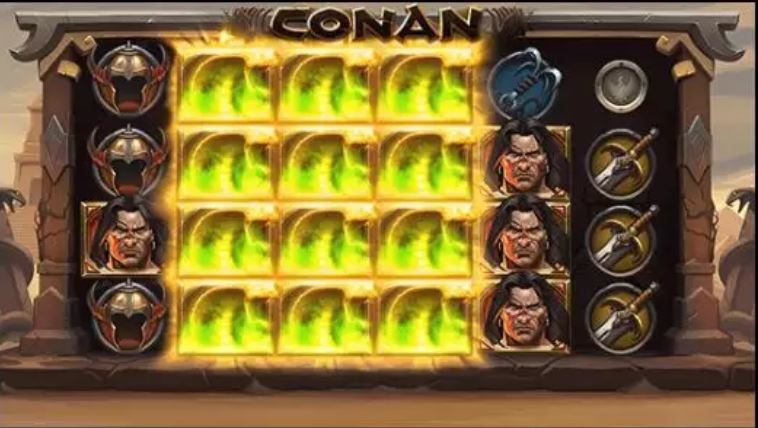 Landing a single stack of Mystery Symbols will trigger the Mystery Multiplier (3 to 7x).

This is of course somewhat more volatile then the previous two bonus rounds and is the one most-likely to get the picks.

Beautifully made of course (netent seem to be doing in a 1-in-4 release schedule in terms of top top quality).

Volatility wise I think it’s a bold, but necessary, move away from the slew of highly-volatile monsters we’re seeing all the time.

It’s nice that Netent are recycling some of their mechanics and features between game too.

This is fun to play. It’s going to find a lot of fans.

Give it a play on the free demo above (remember that legally all demo games need to perform in exactly the same way as they would if you were playing for real) and see what you think.