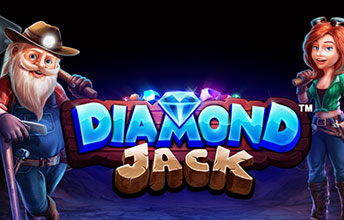 Games Inc’s Diamond Jack really split the Slotmad team. The first time we played it our balance went down faster than a dockyard prostitute handed a 50 pound note. Day 2 would be different surely. Coerced into playing again by one of our Twitch friends we went back in. You can see how we got on in the video. 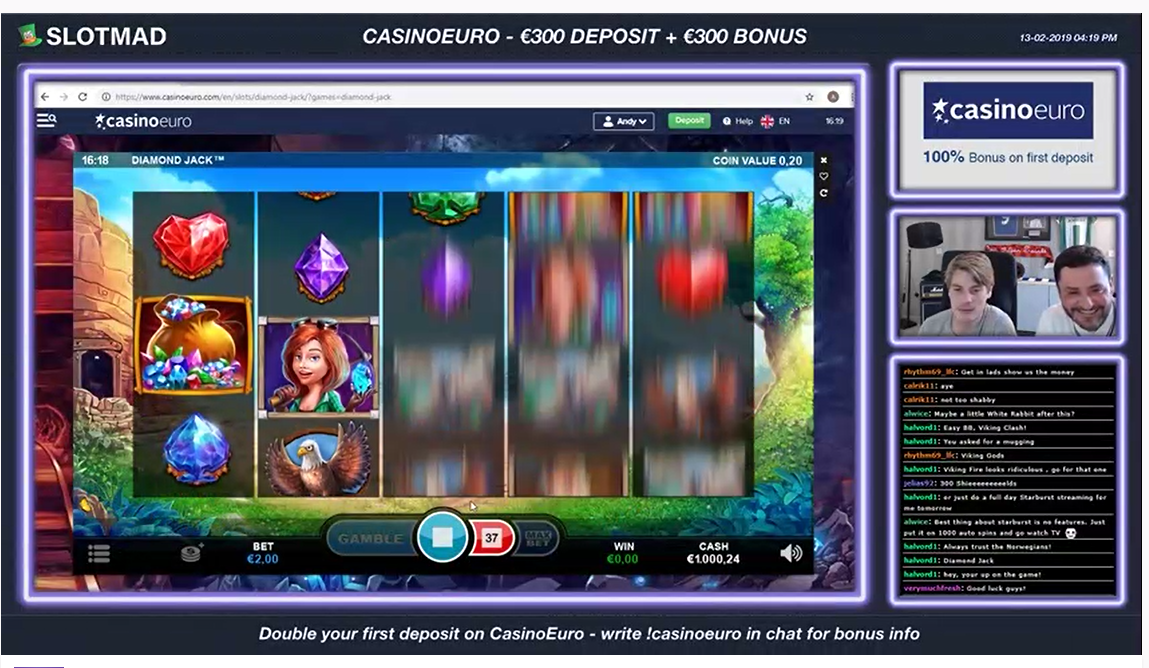 It’s a good looking game no doubt. Playful graphics, nicely balanced so that you know what’s coming without having to think too much. It takes a little while to work out the bonus trigger. At least it took us a while but we’d been on the beers.

Jack and Sofia bonus round in Diamond Jack

What you’re looking for is the old miner (Jack) on the first reel and the red-headed lady (Sofia) on the 5th reel – that’s your feature trigger. The odds of landing that are actually a pretty frequent 68:1. We were just unlucky with the RNG obviously.

Once in you get a choice of Jack or Sophia along with 5 free spins. They’ll stack a reel as wild and walk from left to right across the screen (think Netent’s Jack and the Beanstalk if you’ve triggered the Harps). That can, of course, be pretty nice for the balance, however, given that it is a 68:1 shot you can’t expect a smash every time. We underestimated the game in our plays so far as we were unaware that a second wild immediately after the stacked walking wild will create a new sticky wild. Not bad at all.

3 scattered dynamite bundles anywhere on the reels will kick off the dynamite bonus round. The odds of landing this one are 1:156 and this is the one you want!

Jack and Sofia’s are all sticky during the free spins – we all love sticky wilds. If you’re game you can gamble the winnings in a dynamite pick n click too.

Nice game, very nice game (although it does divide opinion as I said). It’s got potential, it’s rarely dull as the 5th reel trigger keeps you on your toes and graphics and sound are solid. I think this one’s going to stick around for a long time.

Watch us play Diamond Jack and other slots live on stream through the following channels:

Jack and the Beanstalk from Netent