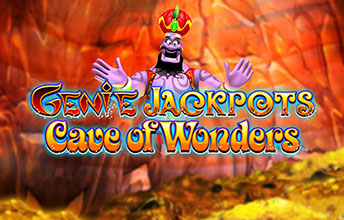 When I saw there was a new Genie jackpots game, Genie Jackpots cave of Wonders, I was really excited.

Genuinely excited, I don’t mean that in some kind of I’m-A-casino-affiliate-I-better-use-some-hyperbole, I really mean it.

I love Genie jackpots. We play it loads on our casino stream and I’ve been eagerly awaiting a follow up.

So, imagine my surprise when it turns out to be a UK style pub fruit machine.

Now Blueprint do pub fruities and all sorts of other games but it just didn’t seem to fit within the ‘Genie’ portfolio.

Initial shock over I got stuck in. 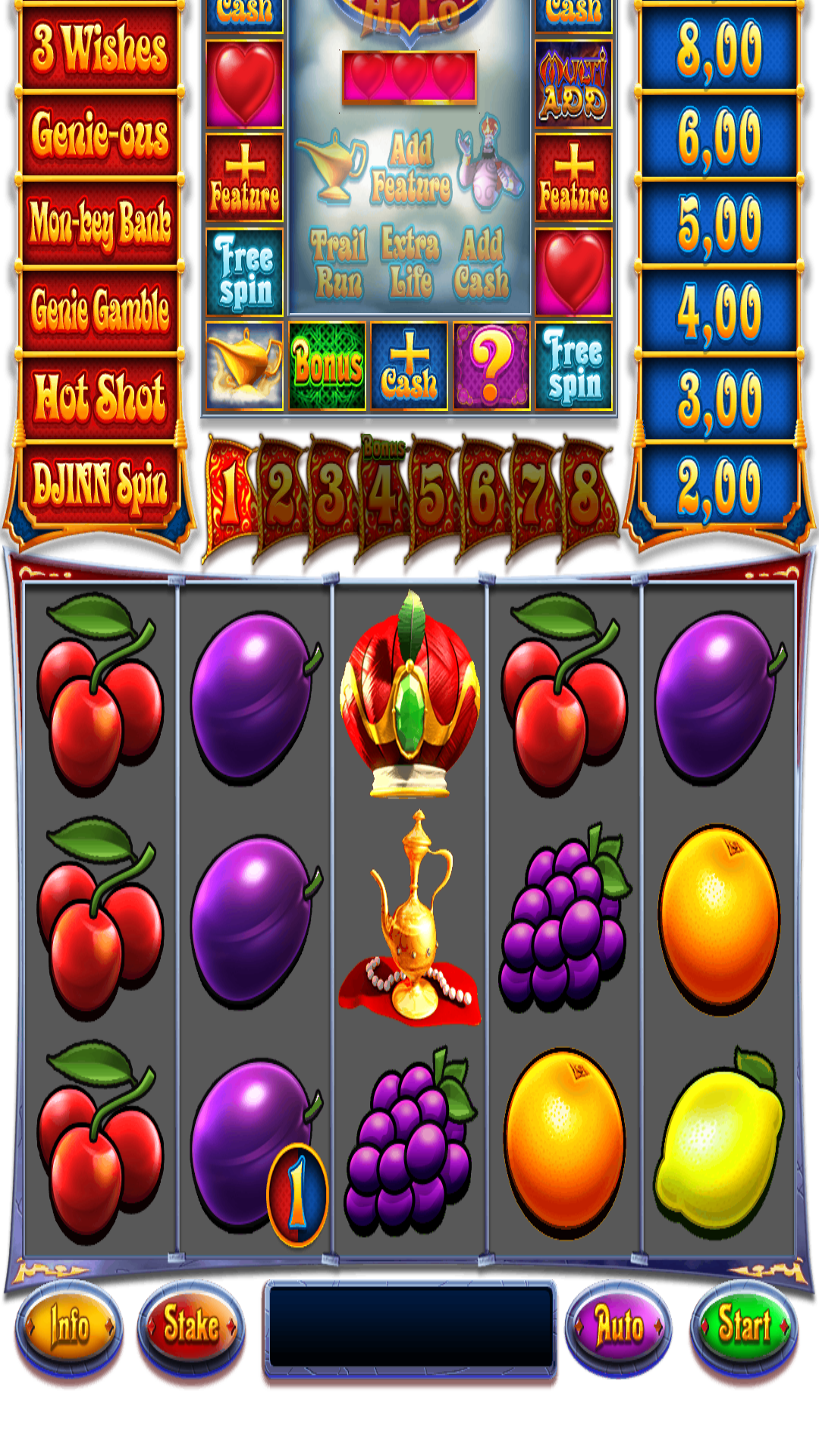 The game opens with a half shot of a pub fruity style cabinet (like realistic gaming used to be except you could actually see the game here).

As with your pub fruities there’s a trail from 1 to 8 and the 4 is a mini bonus or boost.

Just like a pub fruity I somehow kept managing to get up to 8 but no further.

I tried all the usual tricks of keeping the left button pressed while holding the start button and balancing a pint of Stella on the crook of my elbow.

Alas it was to no avail. And I spilled my Stella all over my desk!

There’s a boost, a shot climb, an add again you know the score. If you don’t actually know the score and you’ve never played a UK pub fruit machine you’re missing out on a real experience.

I took a group of friends from Sweden to a pub in England and they were amazed at the complexity of these versus normal slots. They thought Megaways was complex…

Getting beyond the 8 and into the money triggers the extended machine and the bonus.

Genie jackpots cave of Wonders Bonus and how to play

Triggering the BONUS will cause a dapple awarding either:

Triggering the SUPER BOARD Trail will initiate the top game. From this point a series of Features and Cash prizes can be won by moving around the board dictated to by the number in the middle of the board.

The Trail Bonus awards one of the following:

There are 16 features possible, all in view on the left hand side of the game. Upon being collected they will apply the following action:

The center opens up with a number ladder from 1 to 12 allowing you to gamble hi/lo on any features or cash you have on offer.

Hearts award an extra life so you want to land on those. You’ll still be forced out of you land on a Cash Out mind you.

At any point you can opt to take the cash on offer, the cashpot or the feature offer.

Thew top reward is the Cave of Wonders which has a Super and Mega mode.

I got up to 3 Wishes on the feature ladder and 16 in the cash ladder before hitting a Cash Out which dumped me with 2 quid.

Still, it was fun and I went in again, and again.

I was more than a tad upset when I saw what this was based on but having spent a really fun, and quite nostalgic 30 mins or so on this I’m sold.

But I really enjoyed it.

I could use a pint right now mind you….

If you like playing slots, or having a pint, or just chatting we’d love to have you join us and our motley crew of chatters on our casino stream: