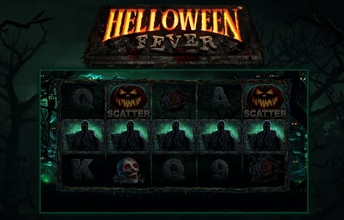 It’s that time of year again.

British kids will be unenthusiastically playing bob apple and looking forward to Guy Fawkes night in a week.

Swedes will be largely ignoring it as that thing that happens between the Crayfish parties and Christmas.

Hippies will be insisting we call it Samhain and dancing around burning effigies dressed in tie-dye.

Americans will be going absolutely bloody bonkers, turning their streets into Devilish theme  parks and annoying the hell out of their poor neighbours by menacingly demanding they hand over candy.

Me? I’ll be playing Halloween slots and I’m happy to say I have a new one this year.

Helloween fever from Plank Gaming is something like their fifth release and the graphics, sound and overall feel of the game is really up there with the big boys.

The gameplay takes place on a 5-reel 10-payline setup.

The base game is fun, and suitably dark.

The other pays can appear a little low but when you take into account the bonus feature it makes perfect sense. 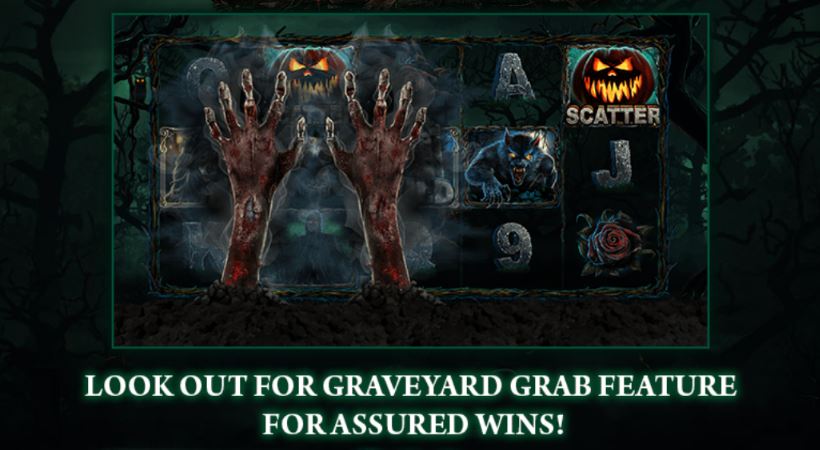 During any  spin the Graveyard Grab feature can trigger and reward you with a guaranteed winning spin.

It can even help trigger the bonus round by bringing you 2 scatters and a respin.

During the feature, Hands rise from the grave and reveal the required symbols to form a win.

On a near miss scatter spin, randomly, Hands will rise from 1 or more of the other 3 reels and reveal 1, 2 or 3 further scatter symbols to award the Free Spins.

On a losing near miss spin of any symbol, randomly, Hands will rise from 1 or more of the other reels and reveal the required symbols to create a winning combination.

Keep an eye out for the zombie hands rising from the grave. 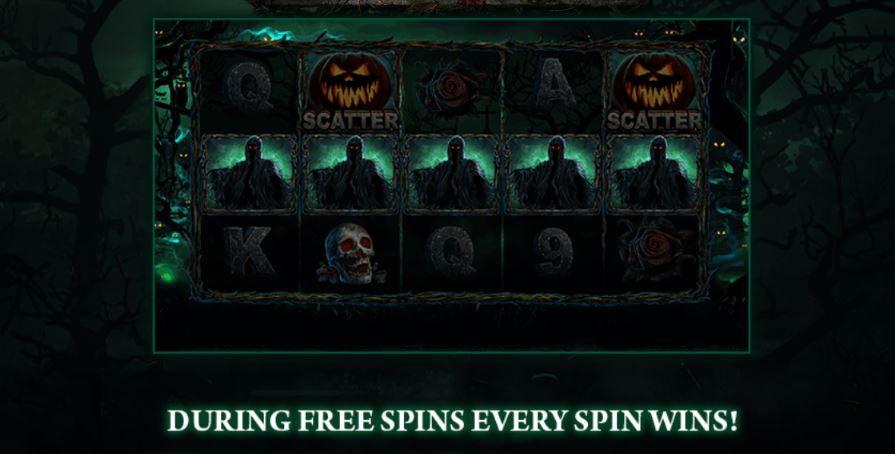 A symbol is picked at random for a Graveyard Grab Feature.

On revealing the Scatters during the feature, only the Scatter symbols will be visible on the reels. You’ll then get a respin with a chance to add a third (along with your scatter win).

You’re going to love this bonus round. 10 guaranteed wins is always going to give you back a chunk of bankroll

Avoiding the 9s  is the key to a great round here. Fingers crossed.

I love this game it’s mechanically and graphically top notch.

It’s like a Novomatic slot that actually looks and sounds great.

You really do need to invest some time and bankroll into this one to see its potential.

When you do, like me, you’re going to keep coming back to this.

Give is a go for free at the top of this review and try it out for yourself.

Stuff to do next.

Find out more about Plank Gaming. Or try out their debut release Puffer Goes Wild

Keep an eye out for our next Casino Stream