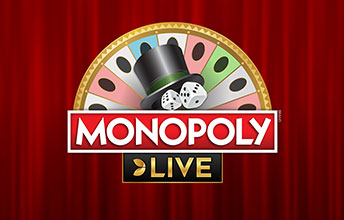 Live from Malta, comes the latest and greatest in online Live Game Show gambling – Monopoly Live Dreamcatcher Edition from Evolution Gaming! The game reminds us of the chocolate wheels at amusement parks, except instead of chocolate, it is cold hard cash that you bet and win. 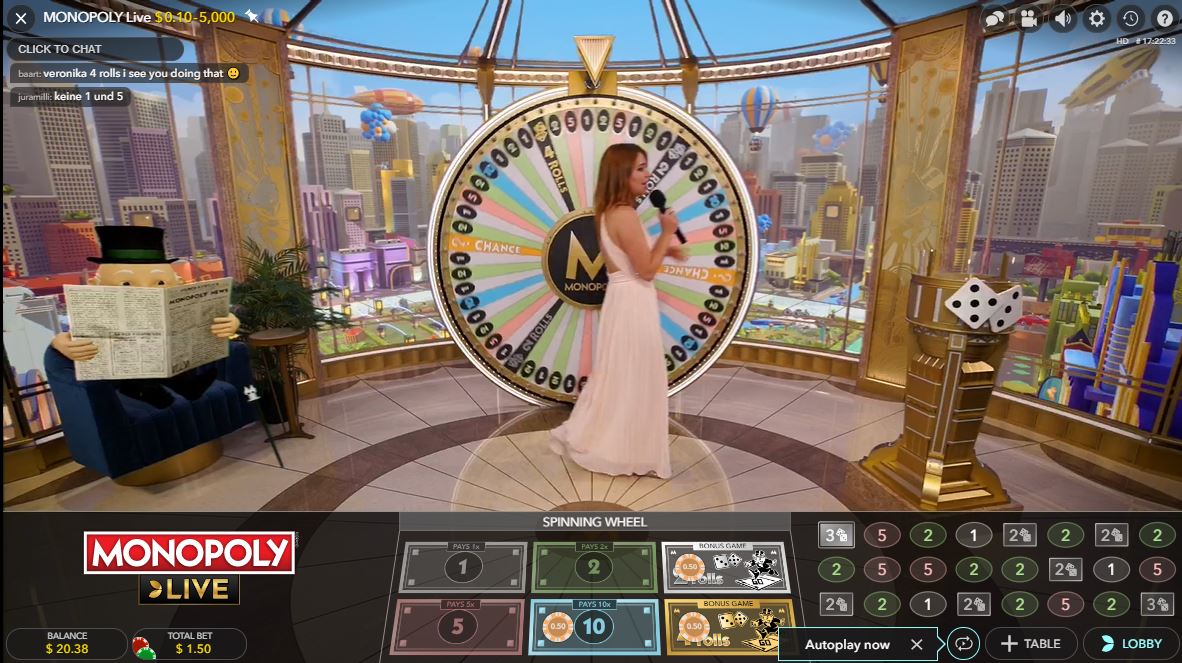 Monopoly, the Monopoly Man and all associated trademarks are owned by Hasbro. However, they have no problem licensing out their brand to make high quality games. Scientific Games is the provider that has produced the most Monopoly-branded games. There are in fact over seven Monopoly Slots available at our top casinos, such as Wishmaker, Rizk and Casino Heroes. Monopoly Big Event for example is a favourite of ours and we regularly play the Big Bet on the Stream. Some other great Monopoly games are Epic Monopoly II, Monopoly Big Money Real and Super Monopoly Money.

The Monopoly Live Base Game

Monopoly Live is a remake of the popular game Dreamcatcher which was released by Evolution a few years ago and has since been a huge success. So much so that they decided to make their first branded game use the same format. The Live Game is very simple, it is just a big effing wheel, with a stopper at the top. Whatever number or symbol that shows under the stopper when the wheel has fully stopped, that’s the winner.

There are six different kinds of wedges to bet on, each paying 1,2,5,10 times your bet, 2/4 rolls or a Chance card. There are in total 59 wedges on the wheel, and each wedge pays differently. The wedges are the following.

There are four different wedges where you get paid a certain amount directly times your bet. These are the White wedge which pays one time your money. If you bet €1, and it hits, you get €2 back. The Green wedge pays two to one, the pink gives you five times your bet and your stake back.

If you manage to hit the Chance Wedge on the Monopoly Live Wheel, the Monopoly Man springs into action and picks a Chance card for you. The card can reveal either a multiplier between 2x and 10x on the next spin, or get you straight into Monopoly board feature with two or four rolls. Below is how it looks when a 10 times multiplier has been added to the next spin. Any bets you had placed on the spin when the Chance wedge hit, will be upped significantly. A 10x is now a 100x and any Four Rolls will now pay 10 times to win. That is obviously what you hope for, but 1 out of 59 is less likely than hitting a one-outer in Texas Hold’em.

When the dealer spins and hits the 2 Rolls wedge, the Monopoly feature will start. All players get the same two rolls in the feature. 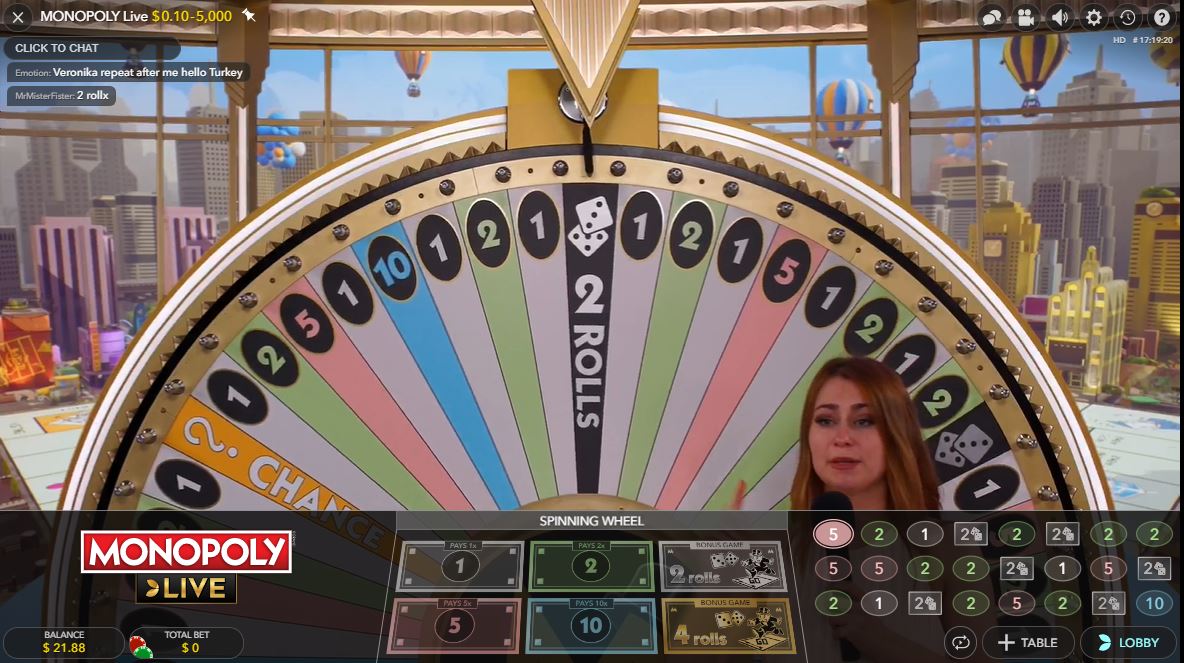 If the four rolls hit, you’re jumping up and down in your seat. Now you get to see the feature with four rolls, and every double roll earns you another roll.

The Monopoly man is always hanging around, waiting to jump to action when a Chance, a Two Roll or a Four Roll hits. If it doesn’t happen for a while, you can see him reading his newspaper or drinking coffee in the background. Sometimes he looks out the window to see what is going on down on his Board game. 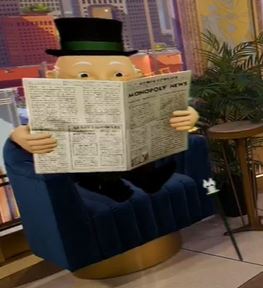 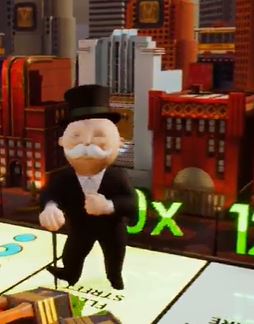 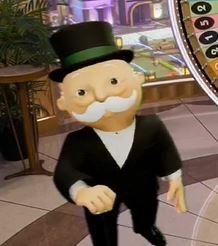 The Monopoly Live Board Feature

The Board feature is where the action starts and your heart starts pumping an extra 100 beats per minute. Hit the Two roll or Four roll wedge and the Monopoly Man springs into action. You are whisked away to the Monopoly Board, where each Address is now coupled with an X win. The first thing that happens is the building of house and hotels. The Monopoly Man choose at random which streets should have houses built and thus increase in value. 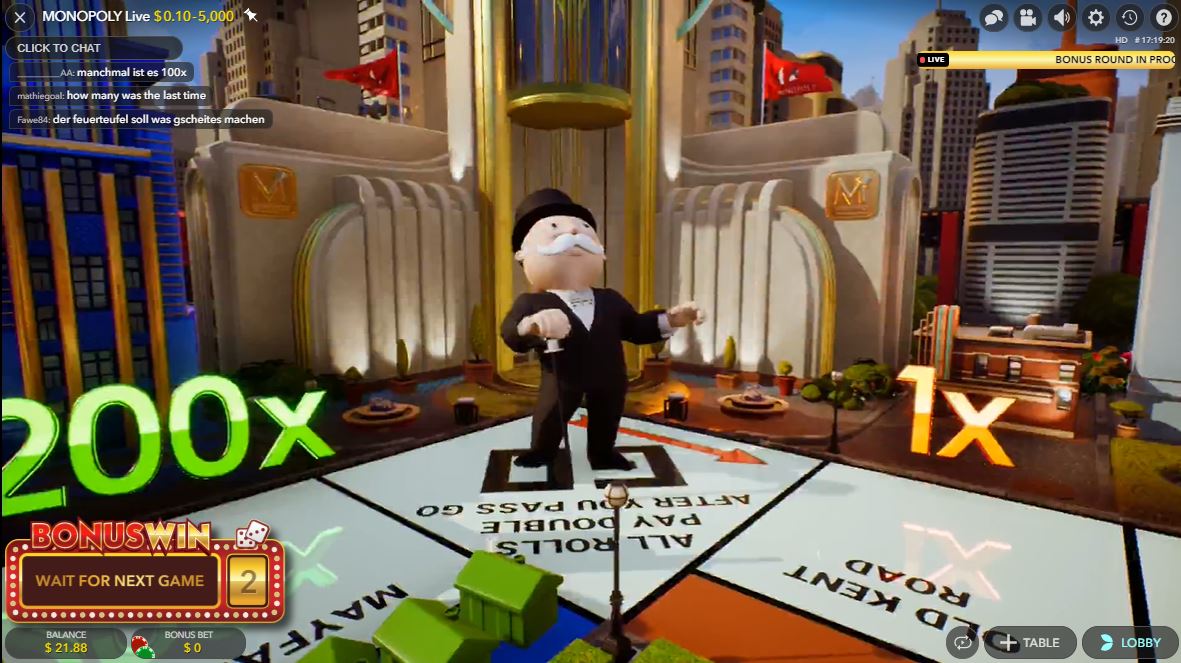 Each roll on the Monopoly Live board, the zeppelin comes out and two dice start bouncing on the trampolin inside of it. The rules are just as a normal round of Monopoly. Throw the dice, and then the man will walk the number you rolled. If you manage a double roll, then you get to move and roll again. The difference between the classic boardgame and this Live Game Show version is the hotels. In the board game, you want to avoid hotels at all cost, as this will lose you money. In this version, any X shown on the board are yours for the taking. Aim for the hotels to take home the big bucks. 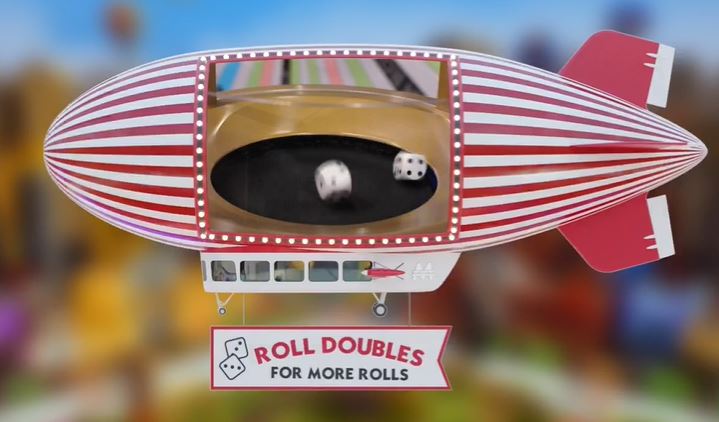 As the Monopoly Live Man walks around the board and lands on a tile, he gets paid according to the X shown on the street. Just like on the classic board game, there are not only good things out there on the board. The Chance and Community chest cards can award smaller x wins, or move you along the board to another street.

There is one tile you must avoid at all cost. This is the “Go Straight to Jail”-tile. If you land here, your turn ends directly and you cash in your winnings. 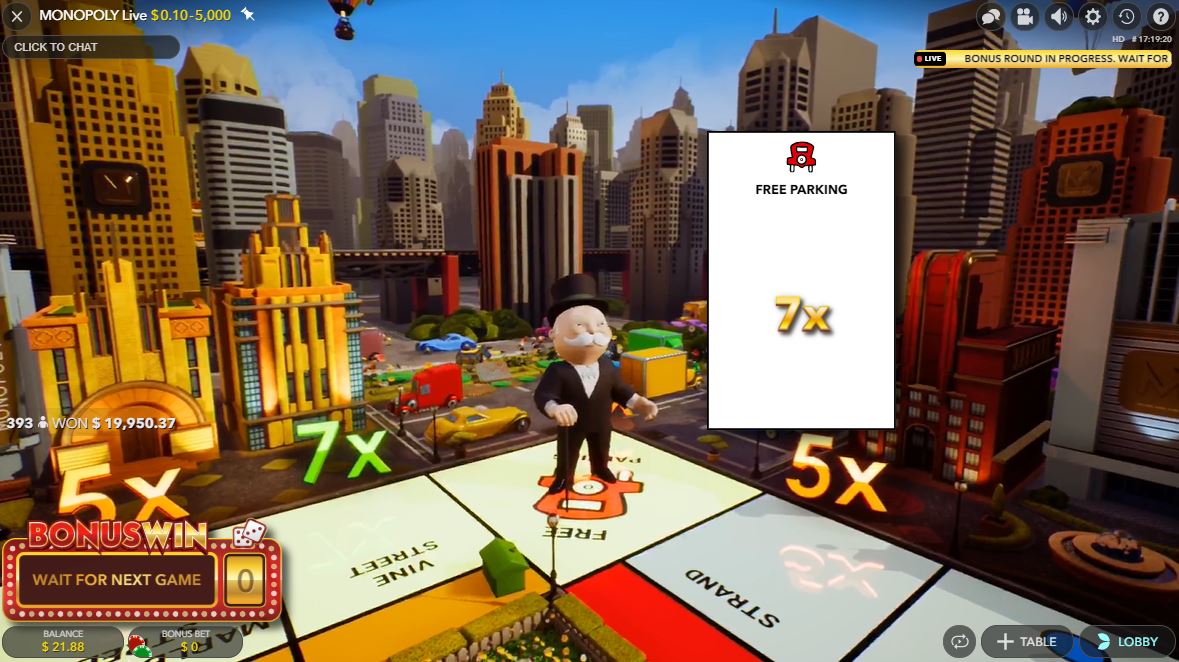 If the Monopoly Man manages to walk all the way around the board, then all wins on the board are doubled for the remaining throws. Manage to pass the Go-tile, and the prizes will be doubled before proceeding to pass go.

This game is a really well made game from Evolution. It really shows they have taken this brand seriously and they have really gotten the Monopoly Man down to a tee. We hope to see more games like this from Evolution. Well done on their first branded game. Evolution has taken a big step this year away from the classic table games to more exciting Live Game Shows such as Deal or No Deal Live (review), Lightning Dice and Lightning Roulette. What is in store next from Evolution? Only time will tell. Until then, check out this epic video on Monopoly Live.

Here is our clip from when Alex cashed in over €3000 from one Mega win on Monopoly Live! The Monopoly Man got all the way to Park Lane which paid out 150x on a €20 bet!

Check out some more of our reviews of Live Game Shows and other Slots:

Deal or No Deal Live Game Show from Evolution Gaming