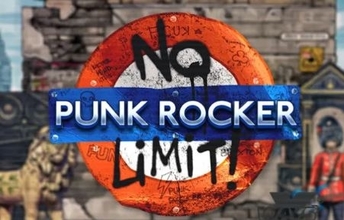 Punk Rocker xWays® is a suitably garish high volatility trip down memory lane back to 70s London. Sort of…

Actually, it’s how someone who never experienced Punk who hails from from outside Britain might envisage Punk to be.

NLC takes the opportunity to relaunch the reel expanding feature xWays® as well as scatter triggered features – Riot Respin, Anarchy Freespin and the hard to get Civil War Freespins.

They haven’t skimped on the features in Punk Rocker, which is fitting for a game dedicated to the UK.

Punk Rocker xWays® initially starts at 243 win ways, but may expand up to 46656 win ways during its bonus features.

Punk Rocker xWays® Mystery Symbol
A mystery symbol that holds 2 to 4 symbols that expands the reels, up to 6 symbols high. Punk characters may be super-expanded up to 20 symbols high, for massive wins!

Molotov Wilds
Wilds that substitutes for any symbol except the scatter, that expands upwards on the reels for massive hits.

Riot Respin
The main game feature, that triggers on two scatters, which allows for an explosive respin with locked Molotov Wilds and a 6th reel that is unlocked for at least 729 win ways.

Anarchy Freespins
Bring on the mayhem with an unlocked 6th reel over the course of 8 Anarchy Freespins triggered by 3 scatters. In the Freespins all scatters becomes Jumping Wild throughout the bonus round, where the Wilds may be enhanced by the subway train above the ordinary reel set. 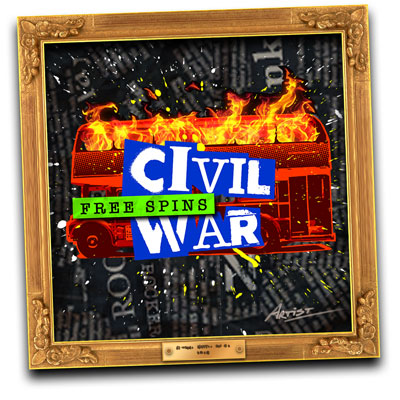 Nolimit Bonus – Feature Buy functionality
A new promotion feature has been introduced with the release of Punk Rocker – Nolimit Bonus – which allows the players to buy the two Freespins versions.

It’s a nicely designed game with graphics that are sure to put a lot of people off – it’s just too neon. Punk wasn’t Neon like that but I suppose that’s no the point. The designer here looked at a bit of Vivienne Westwood and the album cover for Never Mind the Bollocks by the Sex Pistols and then ran with it.

It could be worse the designer could have been the audio engineer. That’s not Punk, sorry, it’s rock. There’s a massive massive difference. Again it shouldn’t affect the slot but it would be fairly easy to get this right – maybe just ask an ex Punk?

It’s a good game but it’s going to divide people – NLC are still smashing it but this one falls short for me purely due to the fact that the game theme just feels so off.

Get through that (or don’t be such an old curmudgeon as I am) and you’ve got a great game – I hope they reskin it.