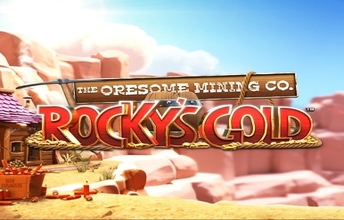 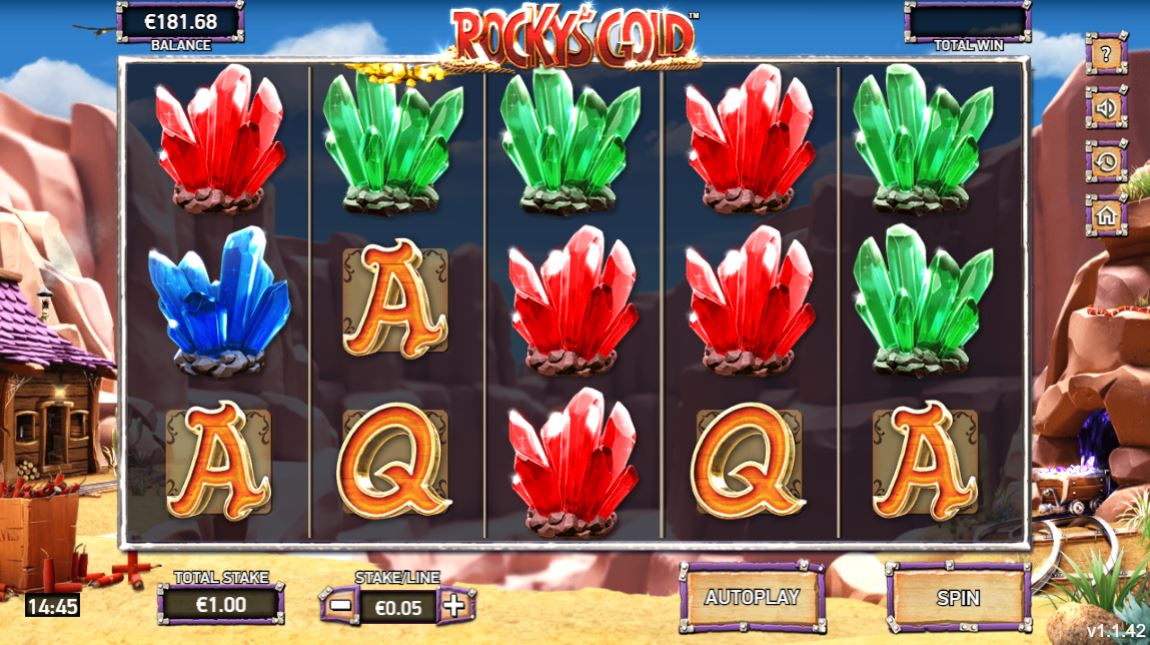 Northern Lights is one of the Relax Gaming partner studios.

It looks like there are exciting times ahead for Relax.

They certainly have a diverse protfolio on their platform and it seems to be heading in the right direction.

This one. Rocky’s Gold from Northern Lights, is a 20 line slot with a very familiar old-school Western theme.

They do seem to dig up a lot of crystals out West.

20-lines standard set up on the reels.

The pays are fairly low in the standard game

It does have a few different bonus types though so a lot of the RTP has obviously gone into those.

Match the detonator next to the TNT on reels 3 and 4 and you trigger the TNT Bonus. 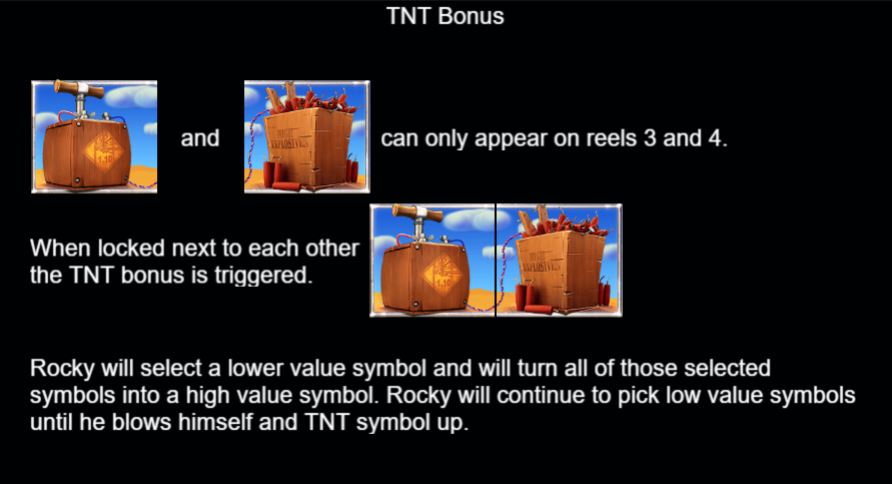 This one hasn’t proven too difficult to trigger for me so far. It does teases, a lot, and the tease is made even more infuriating/fun by the fact that the TNT so often lands half in the right slot.

You’ll see what I mean.

It can pay though, I had a random TNT Bonus turn almost all the symbols into Blue Crystals for a 36x before he blew himself up. You can see it hitting the top symbol fairly frequently.

Randomly after a losing spin Rocky can step out from the shadows and start lobbing lit sticks of dynamite about. He’s a bit mad like that, it’s living on his own in a shack for years and only ever mining common crystals that sent him over the edge I assume.

A single stick of dyamite replaces one symbol with a wild.

The big stick of dynamite blows the place up and turns an entire block of symbols wild.

You’re gonna get teased a bit here too so be warned..

Landing 2 bonus symbols gives you a second chance Pick Me. You’ll receive either a cash prize or entry into the free spins game.

3 or more triggers the free spins directly with the rewards as follows. 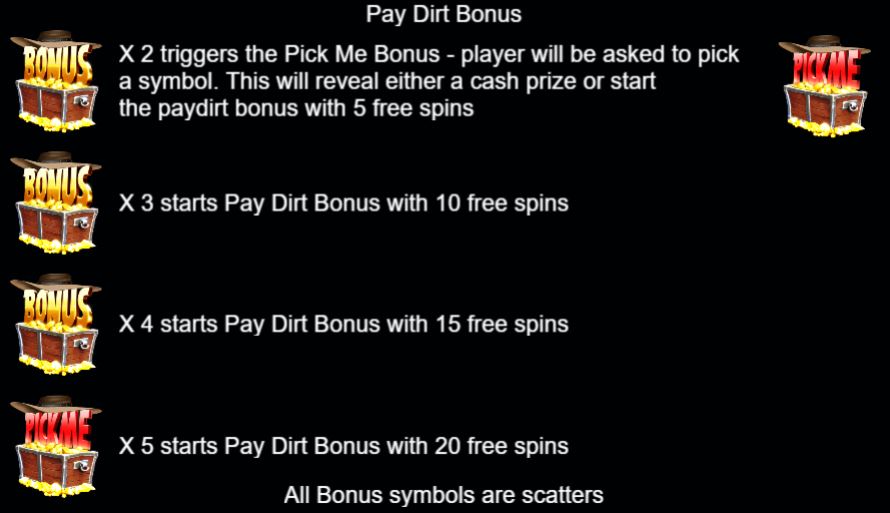 That’s not all though folks.

During the free spins you will be given further Pick me options.

Multipliers will increase the value of each win, Wild reels turn full reels wild and Lock modifiers will lock the wild reels or Multiplier over into the next spin.

It’s a good job to be fair because, I’m sure I’ve just been unlucky – but this has been the worse of the three bonus types for me so far. I’ve been in 4 times and nothing worth mentioning bankroll wise. I’ll persevere..

It has a lot of excitement thanks to the features and they are very well balanced mechanically.

If there’s a gripe it’s that the autoplay stops too often due to the frequency of the features. You can’t stop that – it would have been good if it could ignore some of the features at least. It’s annoying although not as bad an offender as Sticky Bandits Wild Return

They could go a bit easier on the teases too – it’s in line with Koi Princess or Neptune Rising for teases.

Even if this type of Western Goldmine aesthetic doesn’t usually float your boat you’d be missing out if you didn’t give this some of your time.

I’ll be coming back to this one.

Have a play for free on the demo at the top of this review.