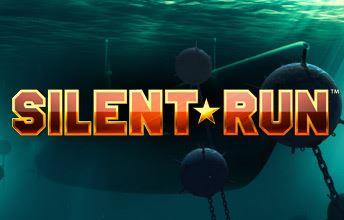 This slot is a casino version of Silent Hunter. If you’re not familiar with the game Silent Hunter you’ve missed out on a great game experience. Atmospheric, exciting and gripping it really keeps you on the edge of your seat as you listen out for sonar and go silent and run deep. It’s aging now but find yourself a free download version and play it, you’ll be glad you did. You can get an iPhone and iPad version now too.

Back to the slots… 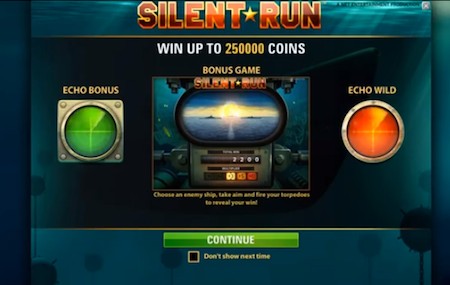 NetEnt have managed to recreate some of that games excitement and atmosphere in this slot. It’s a 5-reel 25-line slot with some lovely graphics, especially in the bonus games but they’re not getting in the way of the gameplay on this one. The sounds are great and the two types of wild really heighten the anticipation.

Here’s what they have to say about it

Silent Run™ transports players back to the Pacific Ocean during World War II when submarines hunted enemy ships. Through the authentic submarine sounds, to the Echo Bonus and Wild features that use sonar searches, players get to experience the excitement of being part of a submarine crew during battle. With the interactive Echo Bonus Game feature, players can experience the thrill of using torpedoes to blast their enemies out of the water, all the while hoping to find the elusive Premium Ship! The Echo Wild symbol sends out sonar signals to search for hidden Wilds that can mean even bigger wins.

The game is released May 7th and you’ll find a full in-depth review here prior to general release. 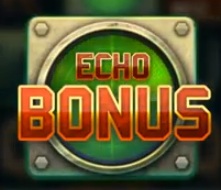 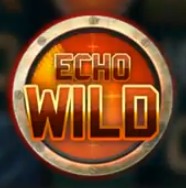 The bonus game draws on the Battleship attack game and sees you firing torpedoes at enemy ships for cash rewards. Each ship increases the multiplier from 2 to 10x in a similar way to Subtopia. The Echo wild on reel 3 expands on the lightning wild concept and turns random symbols on the reels wild, this time with no need for them to be adjacent unlike those in the Frankenstein slot. Doesn’t look like they’ve included any Free Spins in this one, unusual for NetEnt.

You’ll find details of where to get free spins for Silent Run slot and the best casino bonuses for this slot here too.

Check it out and see what you think