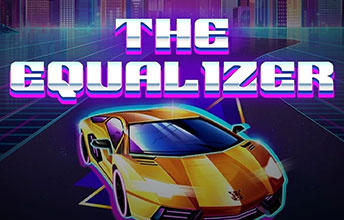 The Equalizer from Red Tiger, the creators of Daily Jackpots, is out! Get ready for some retro-styled, futuristic-themed slot play that will be keeping you entertained and wanting more! The retro electric almost 80s vibe of the visuals and synthesised soundtrack coupled with the intensity of the gameplay keeps on the edge, anticipating the Wilds and Free-Spins, random expanding reels. 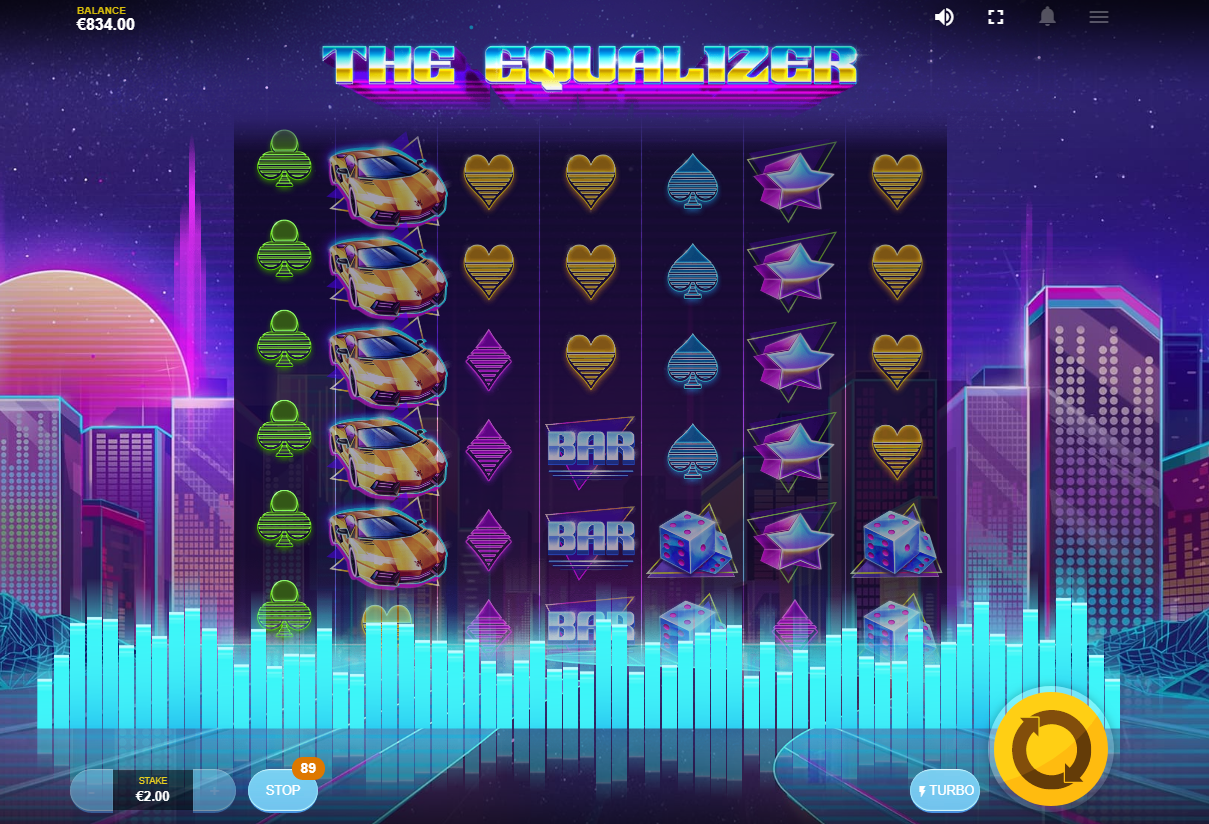 The Equalizer slot Features and Free-Spins

I’m not normally a fan of games that have little no features in the base game. But I hold my hands up and admit that this one, even though there’s a lack of features, it still holds your attention and keeps you interested in the gameplay.

The main features here are the expanding reels and the expanding Wilds. Randomly the reels, during the base game will expand during the current spin and can go from the 5×4 up to the 7×4. As said, this will increase the win lines, giving you a chance to really hit it big.

The reels aren’t the only thing expanding, the Wilds do too. They can expand anywhere from 1 to 6 tiles. Expanding reels and Wilds equals to some really great hit potential.

Then we get the free-spin round. Some real magic happens here. Land 3 free-spin symbols and you’re in with 10 free spins. Here the base game features really come to life., and where you can really hit it big on your wins.

Any reels that expand, remain so during the entire Free-Spin round. And the Wilds do too. Except the Wilds not only remain expanded, but they also get nudged around the screen through the super-sonic sound waves coming off the huge speakers on either side. Added bonus, if you land a +scatter symbol, you get one additional re-spin. And it’s unlimited! 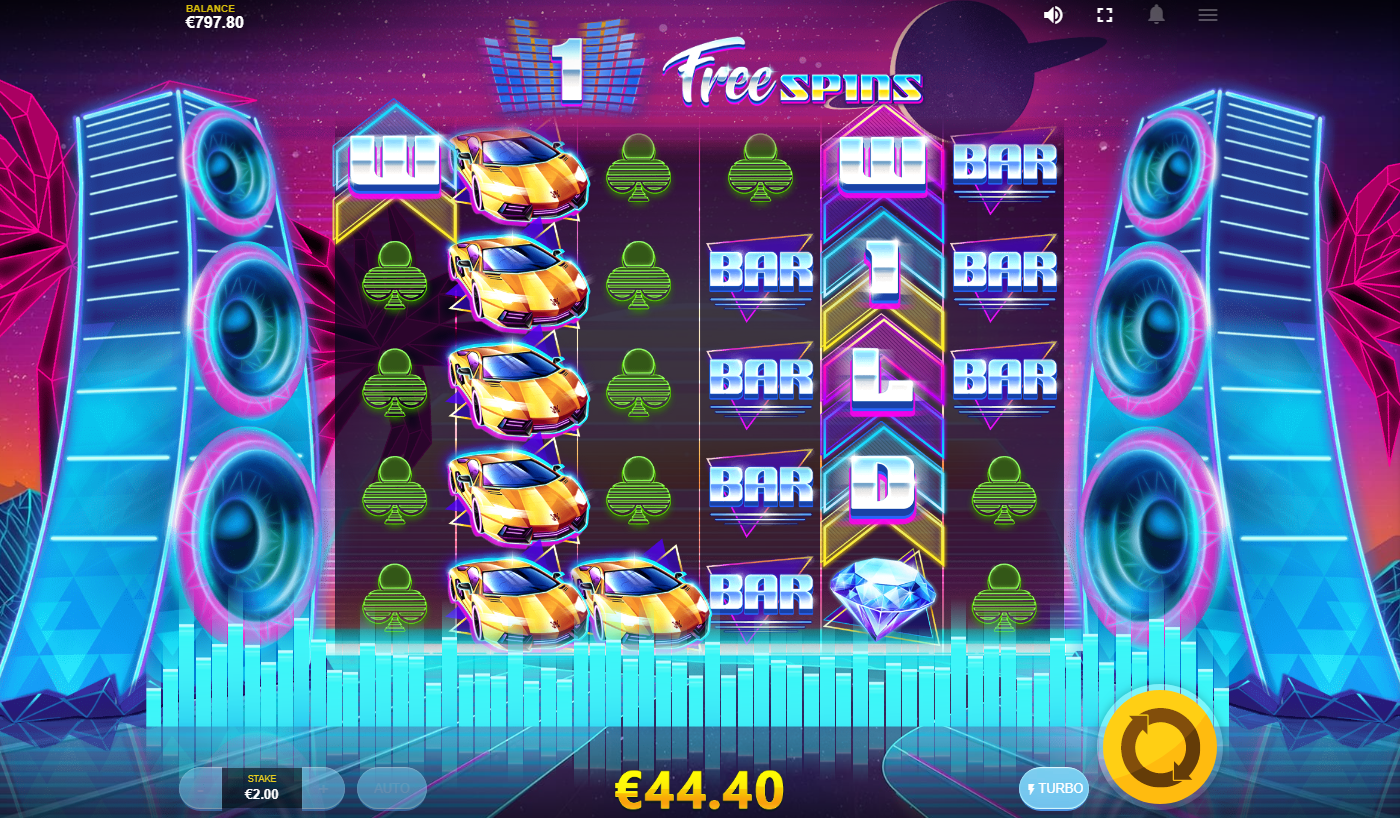 The potential in the Equalizer slot game is unbelievable. Everything about it, makes you want to play it. And in true form keeping us going in our love-hate relationship with super volatile games.

That free-spin round is worth it alone to keep spinning. With such a great potential, I can see why it’s getting the plays!

This is going to be played on our daily stream without question! If you want to see more of this and other great slots then give us a follow on our Twitch Stream, and have a watch!
You can join us on any of the below Streams from 1 pm CET every weekday!

Tractor Beam from No Limit City

Play The Equalizer at