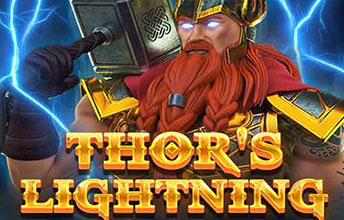 Thor’s Lightning – Another day, another Slot inspired by Viking Mythology. 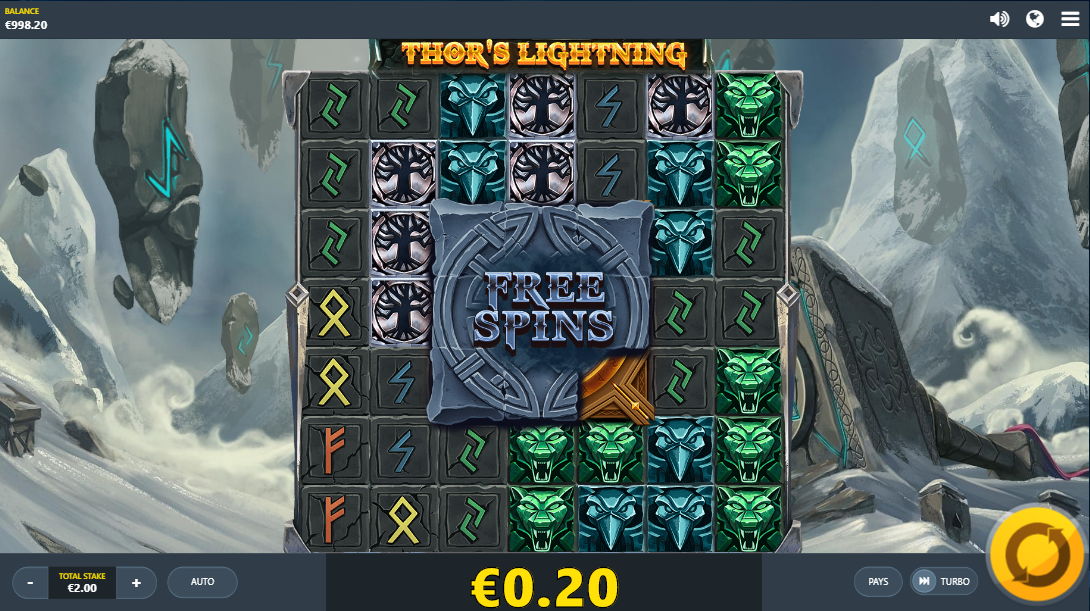 You would think they have made every variation there is by now, but then you would be wrong! Or as Jim Carrey put it in ‘The Cable Guy’ – ‘There’s no end to the possibilities!’ Well, there is an end and we’re approaching it, but we’re not there yet thank Thor. 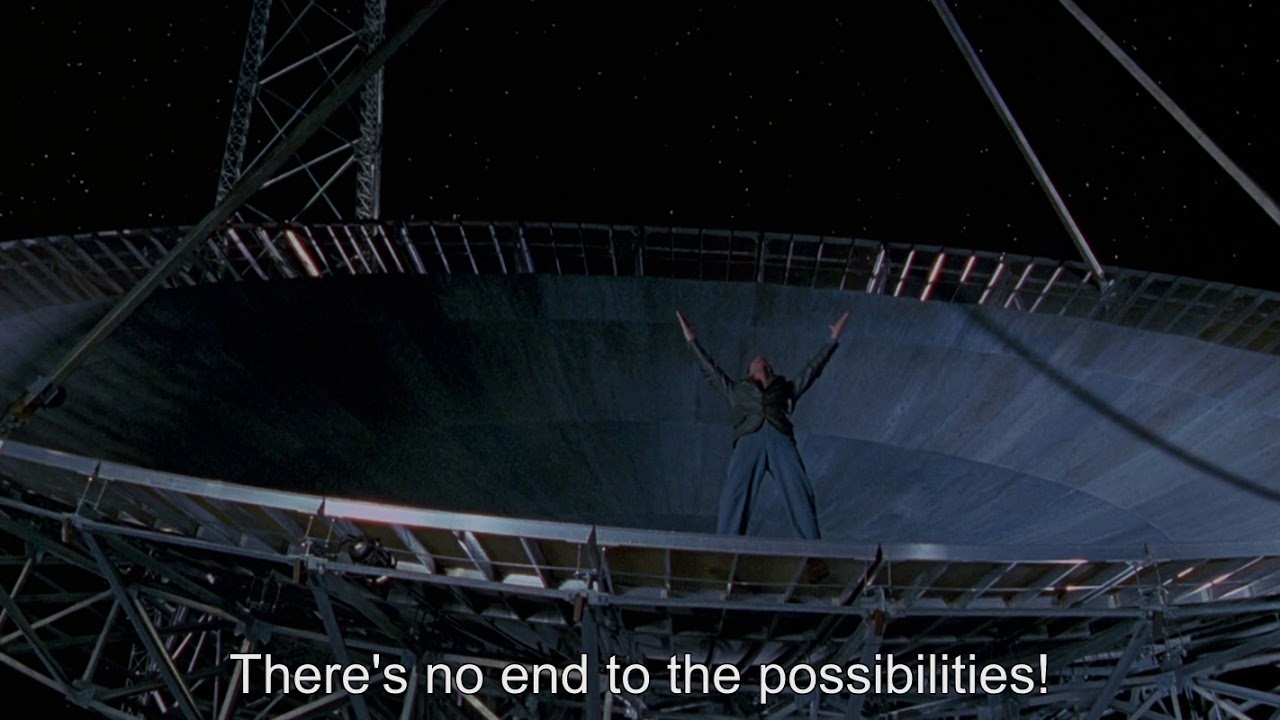 Thor’s Lighting is the newest slot from Red Tiger Gaming, scheduled to be released at the end of February. We got a chance to try out the new slot at Casinoeuro.com and so, of course, we jumped at it.

We put over 2000 spins on the new slot, out of which we hit either of the free spins features a total of eight times. Now, 2000 spins is far too few to say anything about how often you will get the feature, but we can tell you about how it plays.

There are many Viking inspired slots, but there are fewer Grid slots with this theme. The first contender which springs to mind is Viking Runecraft from Playngo, and while we do enjoy that game from time to time, it was nice to try out a new take on ‘Vikings go Grid Slots’…

There are several features in the game and the one which first catches your eye is, of course, the big Free Spins block in the middle of the game. To unlock the free spins, you need to blow up the symbols around the Free Spins block, which then kicks off one of the features. 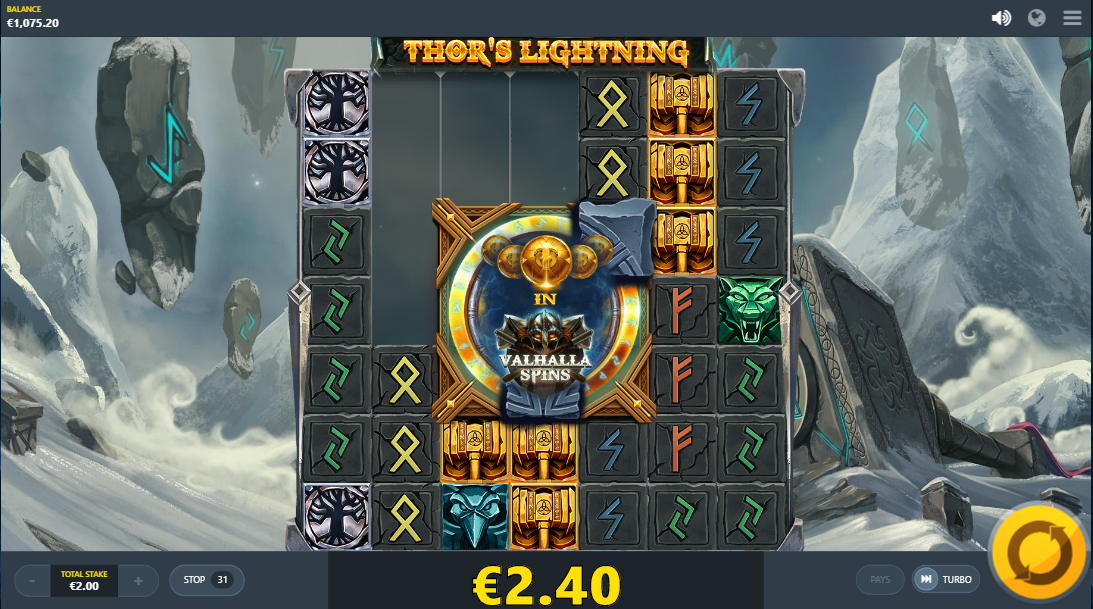 There are two different free spins features you can win: 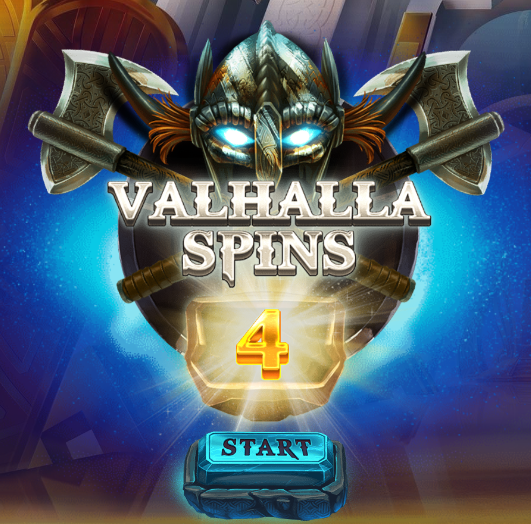 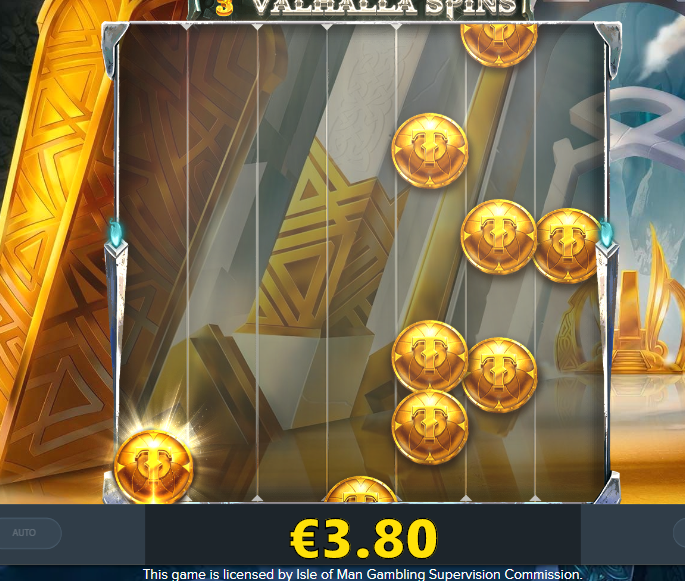 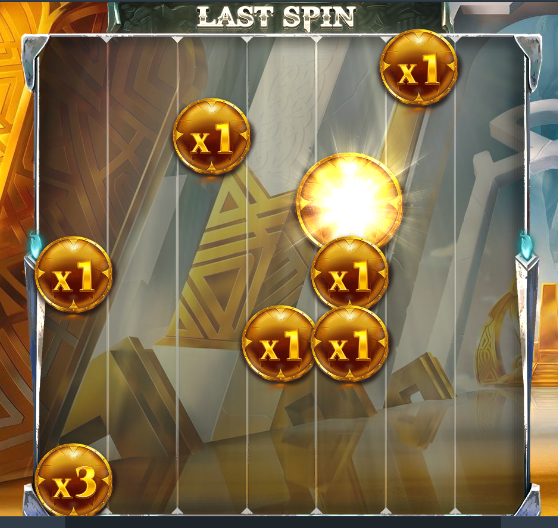 Besides the Free Spins, Thor can also randomly grant you assistance with his Hammer or his Lightning. When he throws his hammer, he blows up four symbols at the time. The number of throws he does is random. As the blocks blow up, they are replaced with higher paying symbols. This can lead to huge wins when they connect.

The Lightning feature sees Thor destroy low paying symbols to help you connect and cash in on better symbols.

Lastly, there is the sliding blocks feature, where a couple of rows and columns are slid left/right or up/down for more connected symbols and a bigger win.

So how does the game play? Red Tiger uses the middle ‘Free Spins’-block to always keep you on your toes, hoping that the symbols will drop in the right order, explode and unlock the precious free spins feature for you. The game has a medium volatility, with its RTP of 96.08% and a maximum win of 1800 times your bet.

You often reel in smaller wins which shows the potential of opening the Free Spins block and keeping you on your toes. The area in the middle is also used quite well to display messages of the game, such as what the free spins features are and so on. Keeps you wanting to get them.

Red Tiger Gaming has done a great job with this new game. They have taken features from other grid games outside of gambling and introducing them into online casinos.

We hope to see more Grid Slots from RTG this year.

Watch us play Thor’s Lightning and other slots live on stream through the following channels: