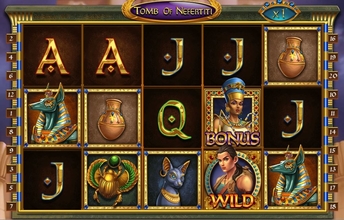 Tomb of Nefertiti – No Limit City – slot review and play for free. 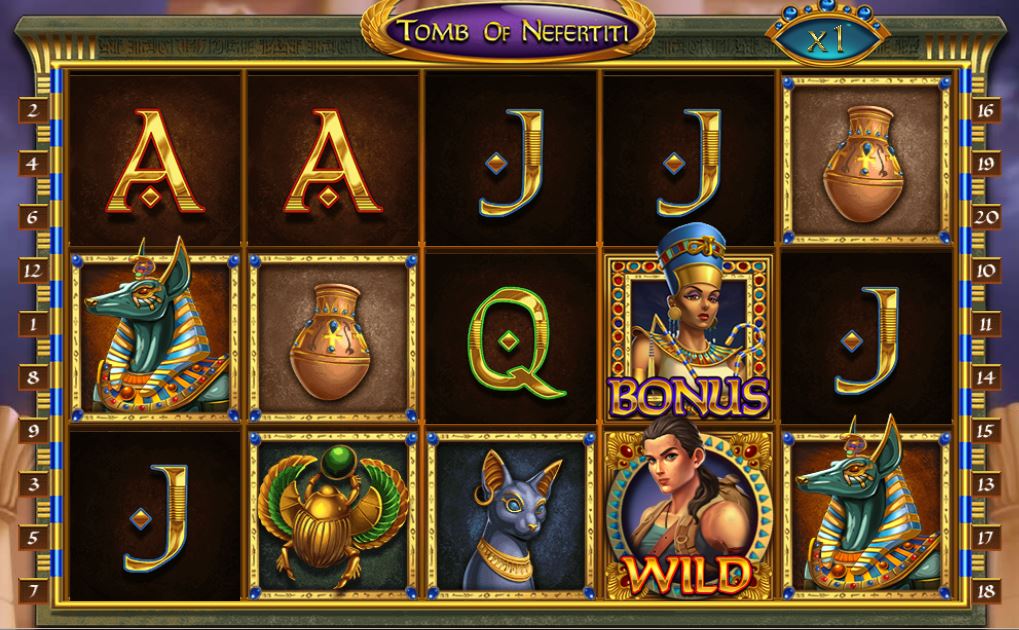 Tomb of Nefertiti is released during a purple patch for No Limit City.

They’ve barely put a foot wrong in the past  few months so expectations are pretty high for this slot.

Tomb of Nefertiti base game

Tomb of Nerfertiti is a 5-reel, 20-payline slot.

It has an Ancient Egyptian theme and on first impressions it looks quite standard for an NLC slot.

There is a twist of course.

Symbols include: Osiris, Anubis, a scarab, sphinx cat, vase and royal values from 10 to A. The Wild is represented by the Wild Raider and the Bonus by Nefertiti.

Top payers are as follows: 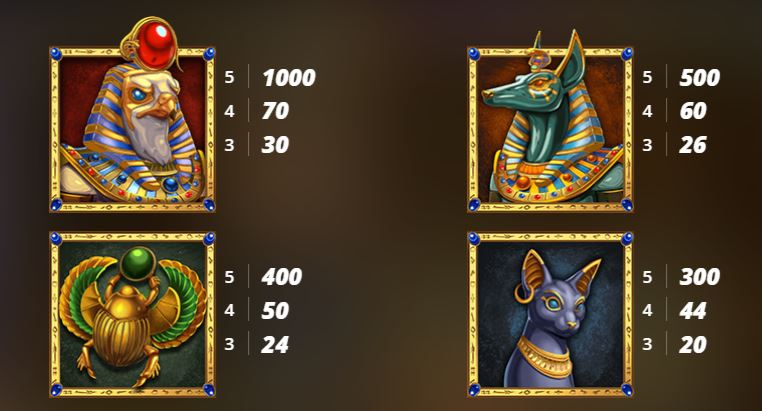 There’s a fair bit going on with this slot..

You’ll see this one a lot.

Every time you land a win the winning symbol spaces will respin and a multiplier will be added to subsequent wins.

Nice feature, it gives us enough back that you don’t feel it’s getting in the way at all.

This feature triggers randomly during the  base game.

The explorer will pop up and scatters will be added to the reels. You can receive up to 9 scatters.

Another nice feature, frequent enough to be considered a real part of the game and lucrative enough at times to nicely build excitement. 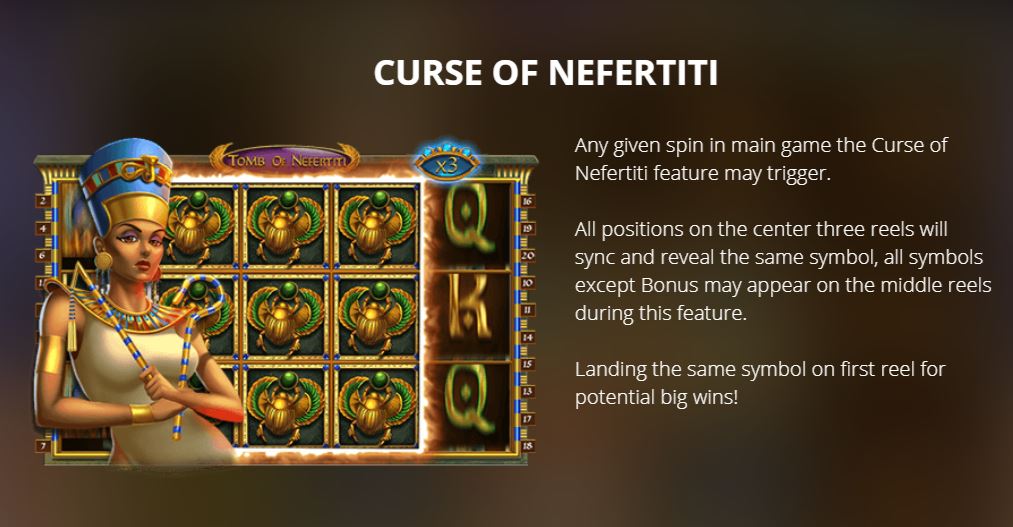 The curse of Nefertiti feature is triggered randomly during the base game.

The middle three reels will all sync and show the same symbol.

The other reels will then spin.

It’s at this point you scream ‘match’, match Match!’.

Got to love Sticky Wilds!  In Tomb of Nefertiti Wilds always stick during respins.

No matter where those respins occur.

I’ll post up a screenshot of my first Wildline here soon… Yeah right I will. 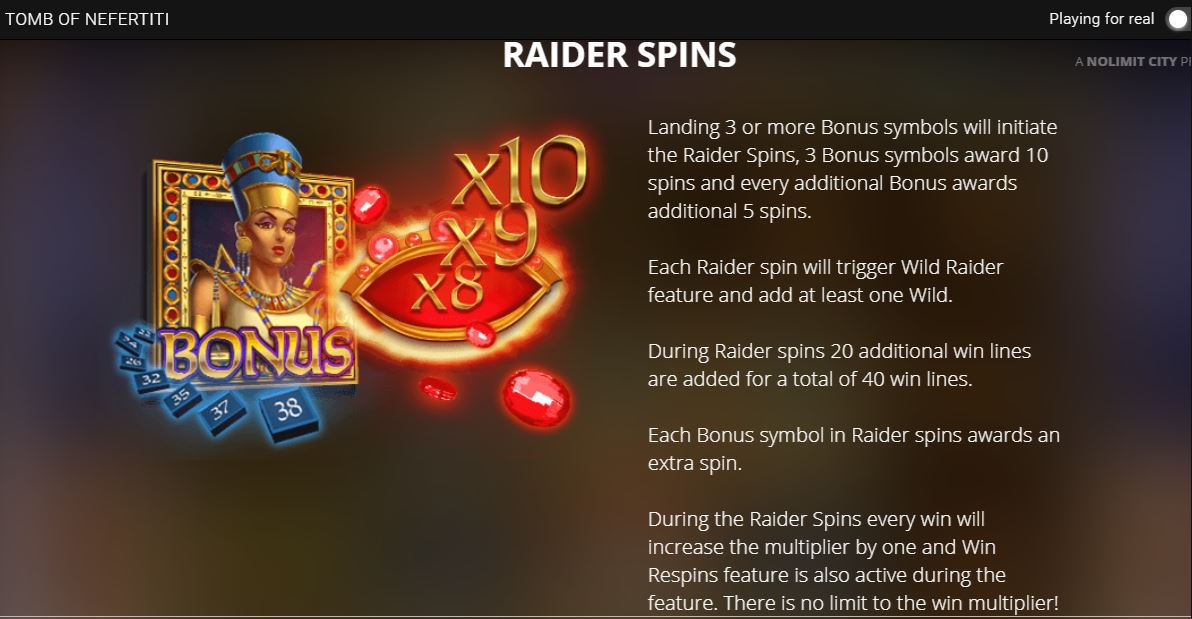 This is what it’s all about!

The free spins are triggered by 3 scatters and award 10 free spins.

Any additional scatters on triggering screen will add an extra 5 free spins.

The game format changes from 20  lines to 40 lines for the duration of the bonus free spins round.

Every win adds 1x  to the multiplier. Again this one’s unlimited.

I’m waiting for this to go nuts.

It’s another screamer from No Limit City.

Initially it looks a bit odd with the individual symbol slots but it soon becomes natural.

The bonus features are well-balanced, well paced and good fun.

The potential is enormous with the unlimited multipliers.

I’ll be giving this a lot of play time.

Give it a go for free yourself on the demo at the top of this review.