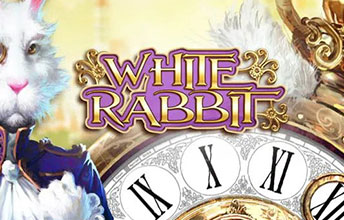 It is easy to understand where the inspiration for this slot has come from. However, rather than Alice, Big Time Gaming has chosen the White Rabbit as the protagonist in their interpretation of Lewis Carroll’s classic about a girl and her adventures in Wonderland. This slot has some fun features during the base game, like the Caterpillar which randomly adds wilds. However, this game is all about the Free Spins feature where your winning potential is huge. More about the Feature below, but first we break down the Base Game. 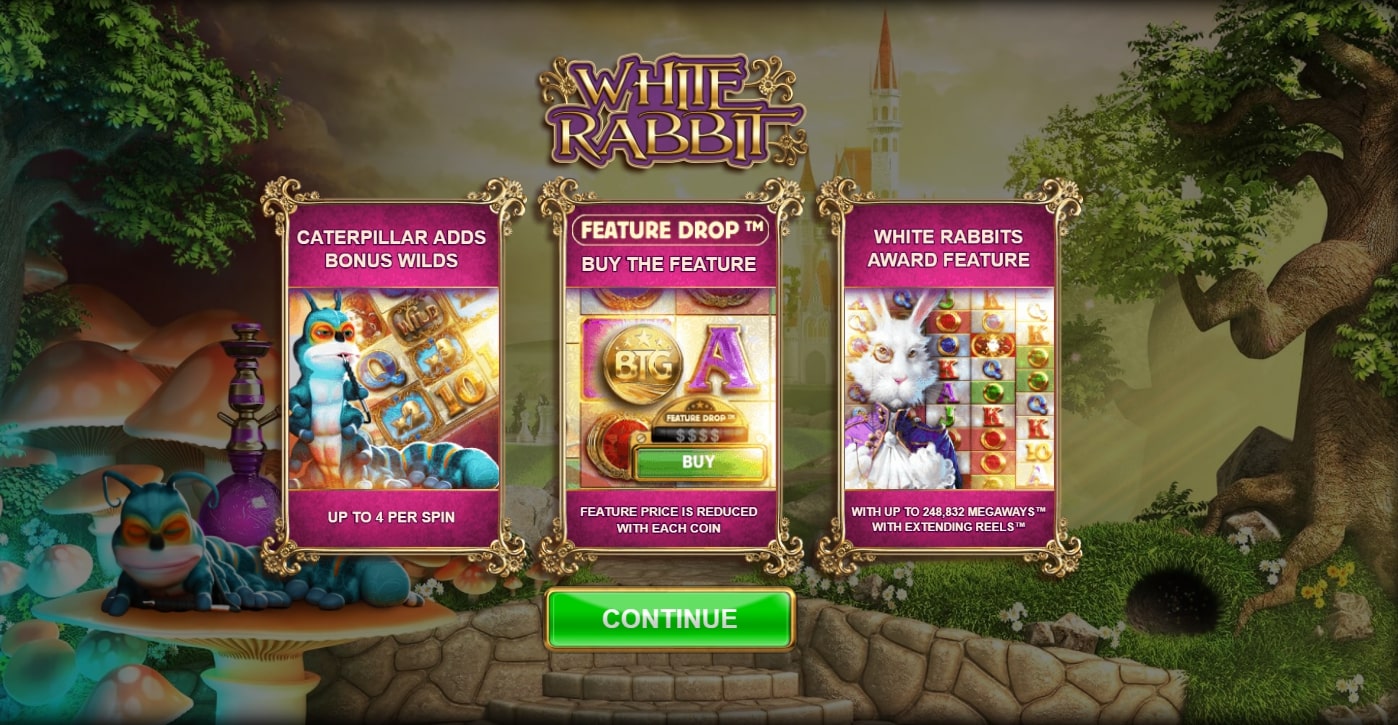 White Rabbit – The Base Game

Launching the Game, you notice the calming, almost serene music chosen with harp music and birds chirping in the background. In the graphics we find our Caterpillar sleeping near a woodland pond. This slot consists of five reels, where each reel can show between two and seven symbols each spin. Therefore, there is the potential for upwards of 16 807 Megaways on any given spin in the Base game. On the reels, we find the White Rabbit, who also serves as a Scatter on Reel 2, 3 and 4. True to the original story, the ruler of the land is the Red Queen, who in this slot serves as the highest paying symbol. If you hit just one line of five Queens you’ll win 25 times your bet!

Besides the Red Queen, the White Rabbit and the Wild, there other high paying symbols. These are: Red Rubies, Blue Sapphires and Green Opals. Last and also Least, we have the standard set of A-9 symbols. Each of the royals have also been given their own character from the story.  The Cheshire Cat is the Ace, Tweedledee and Tweedledum manages to share the crown as Kings. The beloved blue Dodo bird is the Q and our favourite mischievous Mad Hatter has correctly taken the role of the Jack.

There is a chance during the base game that the Caterpillar appears and starts adding Wilds to the screen. Up to four bonus wilds can be added and these Wilds multiply the winnings by either 2x or 3x. Get four of these on the first four reels and you’re laughing! 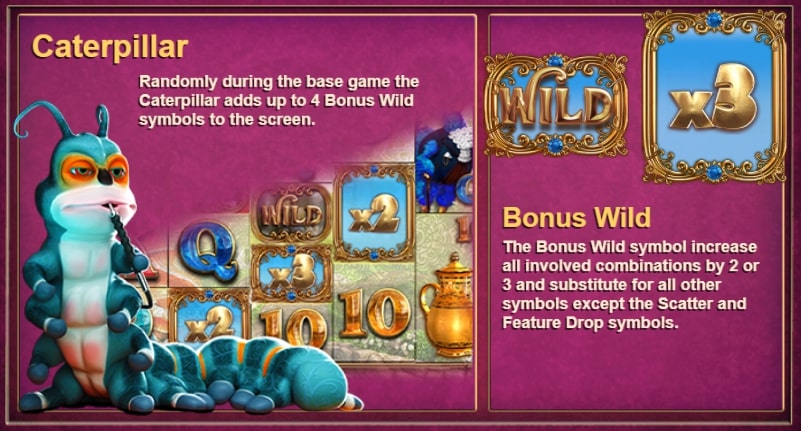 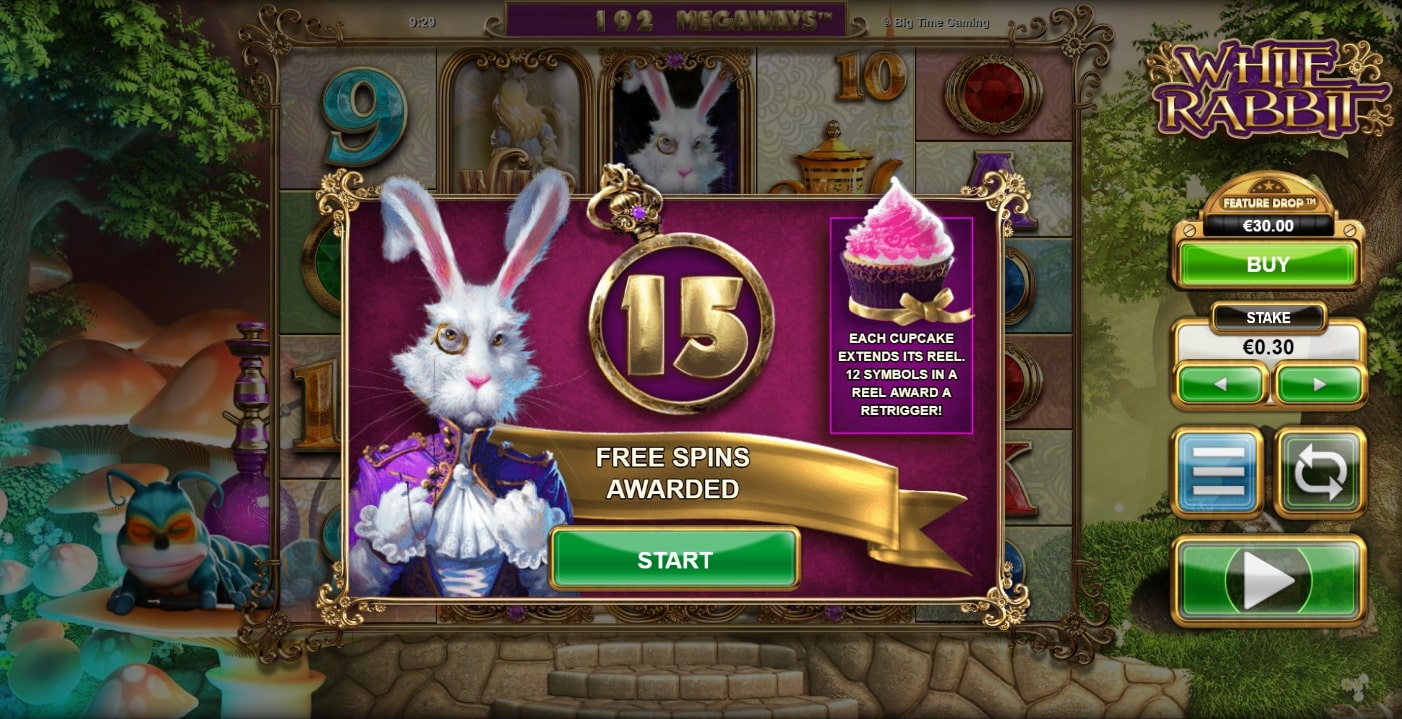 The White Rabbit Free Spins Feature is all about collecting Cup cakes! As you enter the feature, the music goes from the serene to fight! Trumpets sounding the march to the battle field replace the harmonious harp music. You are awarded with 15 free spins and presented five reels. Each reel has between 5 and 7 symbols on each reel. Each time a Cup Cake lands on a reel during the free spins, it will split into two symbols, thus expanding the reel.

Your goal is to get as many Cup Cakes as possible during the 15 free spins. If you manage to reach 12 symbols on one reel, a clock will appear and anywhere between 1 and 12 extra free spins will be awarded. Besides the extra free spins you receive, the reel used is changed to a “Queen’s Reel”. The new reel have more Wilds and extra Red Queens, leading to higher winning potential. As each reel fills up, you get more extra free spins!

As you can imagine, retriggering is when this game starts getting really, really exciting! When you expand the reels, the possibilities of winning go up immensely. If you reach 50000+ MegaWays, every spin has 100x bet potential! Filling up all five reels to the brim takes you to an insane 248 832 MegaWays slot. In our example round below, we didn’t re-trigger the free spins, and we still got almost 100x times the bet and reached a massive 35840 megaways. 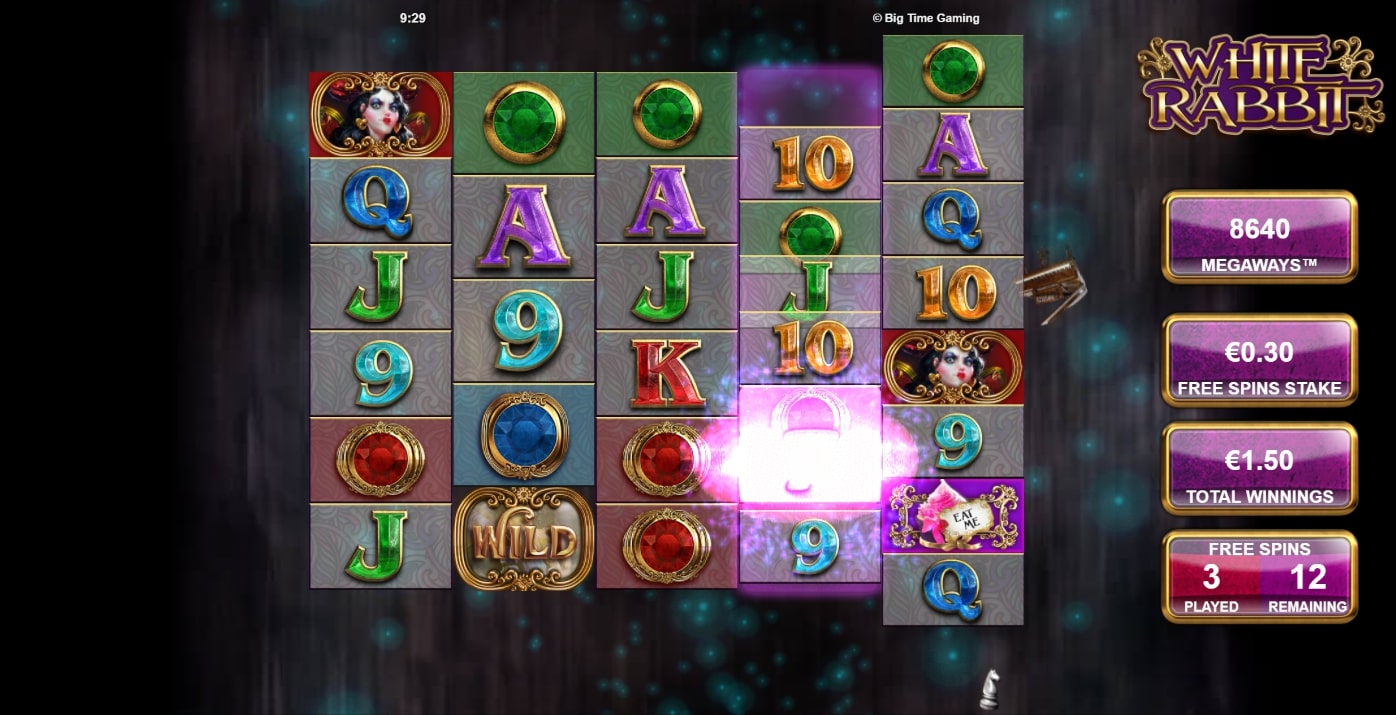 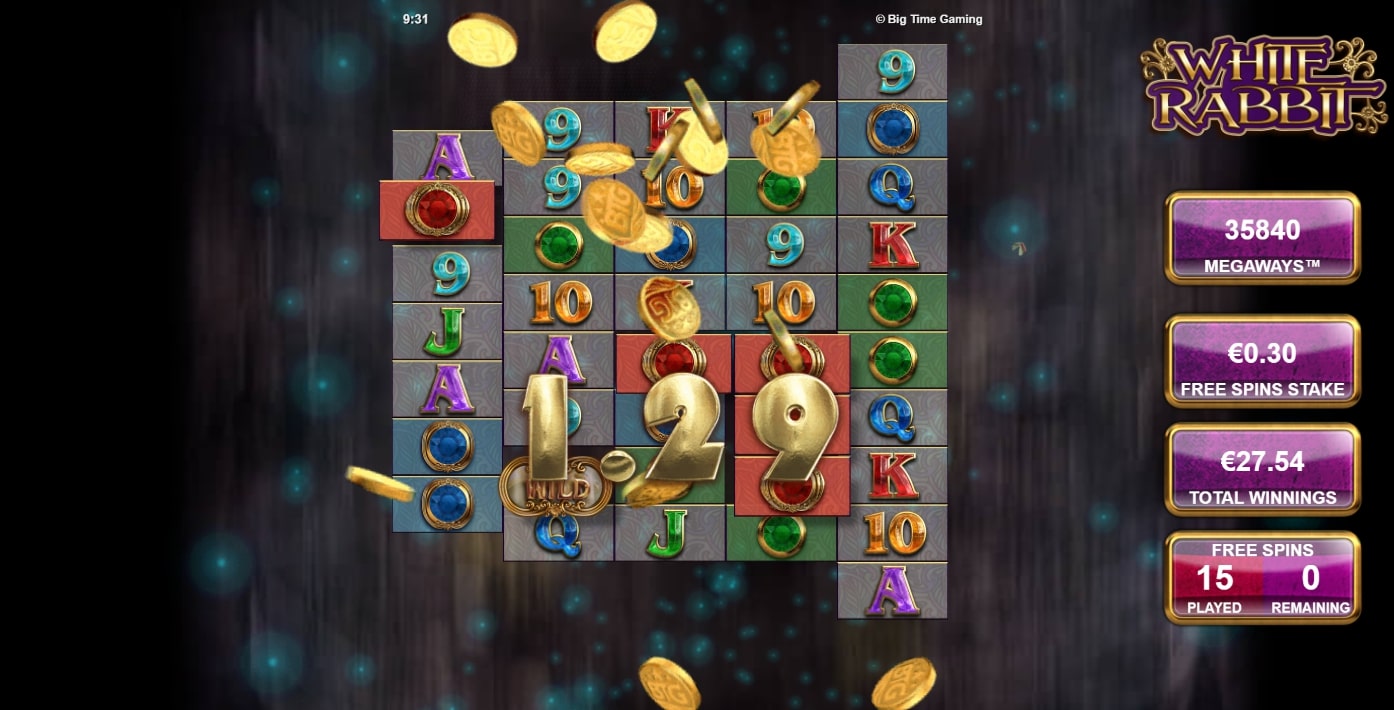 Buy your bonus! Like many other Big Time Gaming slots, the White Rabbit also offers you a chance to get into the Feature directly. During the Base Game, Coins can land on the reels which lower the cost of buying directly into the Feature. This feature is often available on Big Time Gaming games and it is explained in our Book of Gods slot review as well. It allows for players to try getting the bonus the “normal” way, but still collect value towards the Feature if it doesn’t show. 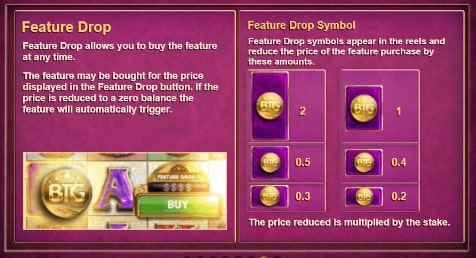 Buying into the Feature directly will cost you a hefty 100 times your bet. This can seem steep compared to other games. In Extra Chilli the bonus round costs 50x your stake and in Book of Gods it’s 80x. The Free Spins round is not as volatile as other buy in rounds where you can literally get paid nothing from the Feature. White rabbits starts you at 15 free spins, and after getting into the feature numerous times, we can tell you from experience that you will rarely win less than 50x your bet and regularly hit more than 100x. What you are looking for is the retriggers of course. During retriggers, we have been lucky enough to get hits of 500-1000 times our initial bet. Fortuna has still not granted us more than two retriggers yet though, so we are still waiting to fill up all reels.

White Rabbit is one of our favourite slots where you can buy yourself directly into the Feature. The feature buy function is very important. Whilst the Free Spins feature is great, the Base Game doesn’t deliver on the same level. As the feature is so good, there is less value in the base game. Therefore, we find ourselves literally only hoping to catch those three White Rabbit during normal spinning. The difference between a good and a great slot is where all parts are awesome.

If you enjoy great banter and more wins give us a follow on our Twitch stream and if you want to leave a comment head over to our Forum and let us know what you think!

Check out other reviews on MegaWays games here.

Check out this Big Win clip with Andy and Phil at the helm!