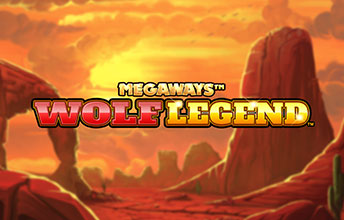 The Wolf Legend MegaWays Online Slot from Blueprint gaming is one more to add to the long line of MegaWays slots released this year. After reviewing over ten different MegaWays slots here at Slotmad, we are starting to feel like Jim Carrey in the Cable Guy. He stands, proudly, on the Satellite dish and exclaims “There’s no end to the possibilities” about the future of Cable TV. Now, we feel the same thing about MegaWays slots. 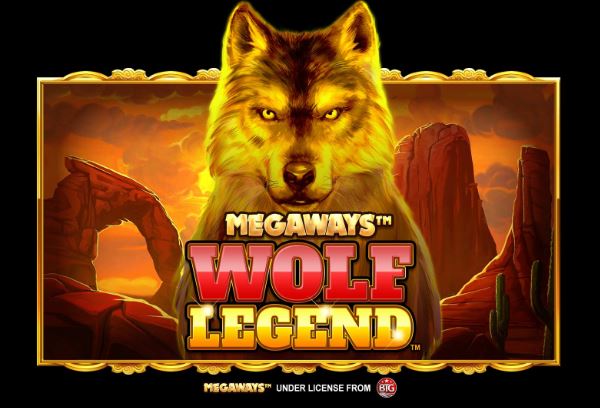 Is there an end to the possibilities? Who knows… However, we do know that one of the latest is Wolf Legend Megaways and compared to other Megaways, this one does have a few unique feature. In the review below, we will cover them all, like the Golden Streak, the Cascading wins and a special Mystery Symbol where all in view transform into the same symbol. Now, lets get on with the review 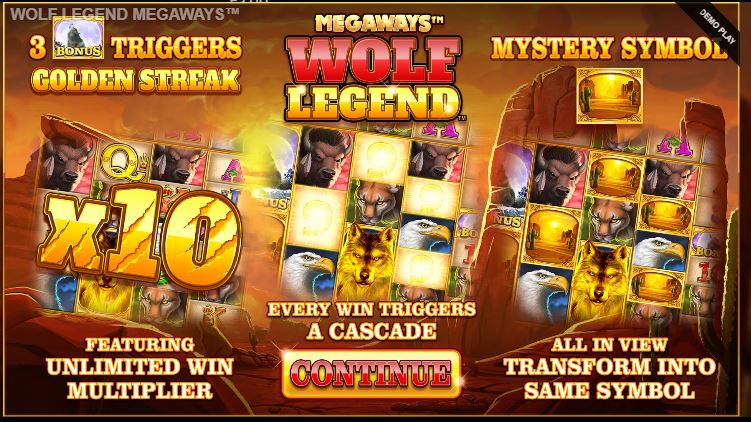 This online slot has a total of thirteen different symbols. Out of these, there are ten paying symbols and three Special symbols. The special ones are the Wild, the Bonus symbol and the special Mystery Symbol. After that, we have the four high paying symbols, with the Golden Wolf paying ten times more than the second highest paying, the Cougar. Coming in on third is the Buffalo, closely followed by the Eagle, which pays two times your bet for six in a row. 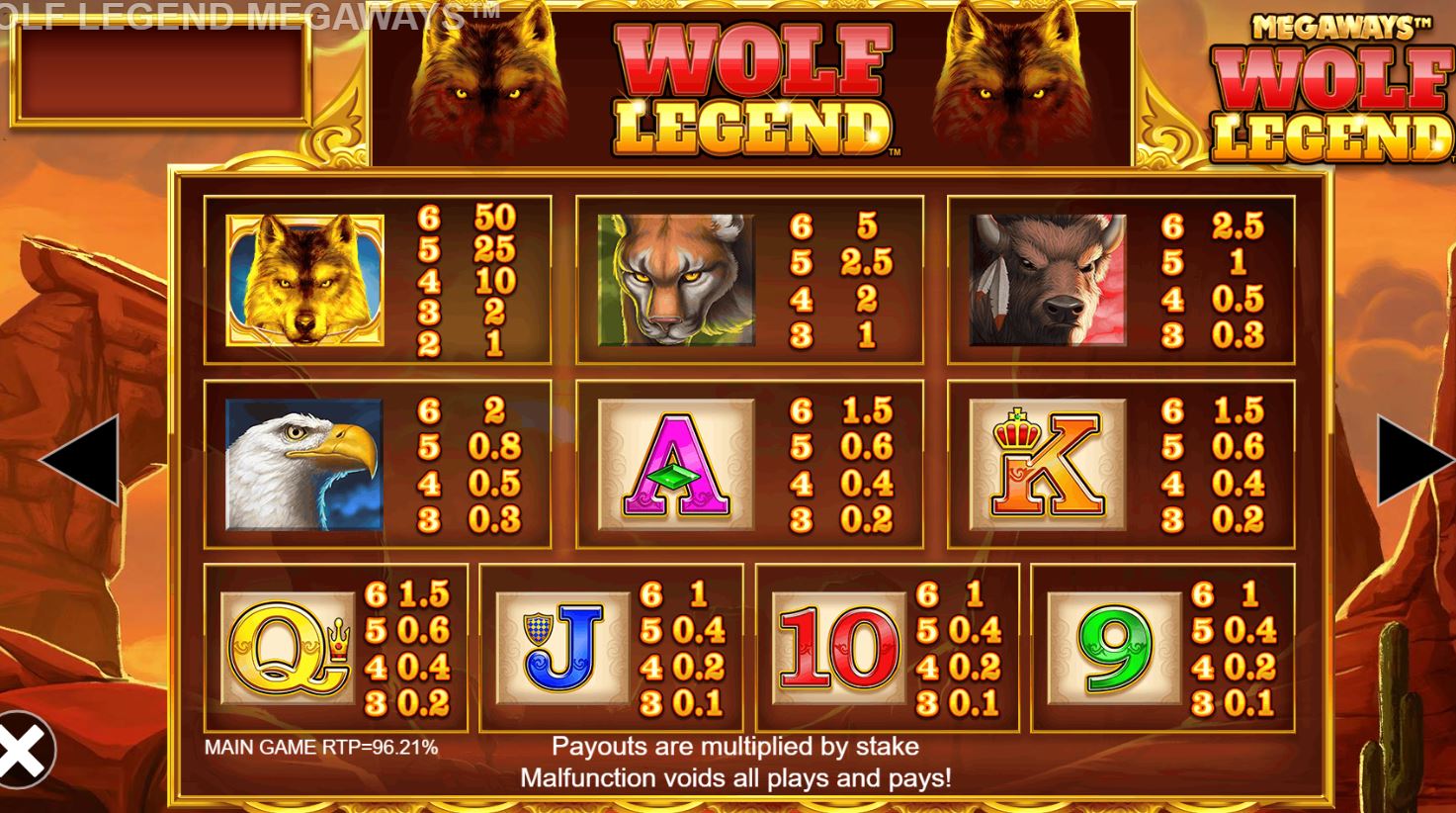 After the high paying symbols, comes the Royals, this time with the nine included! Ace, King, Queen, Jack, Ten and Nine makes up all of the low paying symbols.

The Mystery Symbol is special, and if you have played games such as Mystery Reels and Mystery Reels MegaWays from Red Tiger Gaming, or Hong Kong Tower / Ho Ho Tower from Elk Studios. When the reels stop and show one or more mystery symbols, they will all change into the same symbol. In the Free Spins feature, the chance of winning after Mystery Symbols are revealed is very high. We have however noticed that in the base game, the probability of winning with the mystery symbols seems a lot lower. 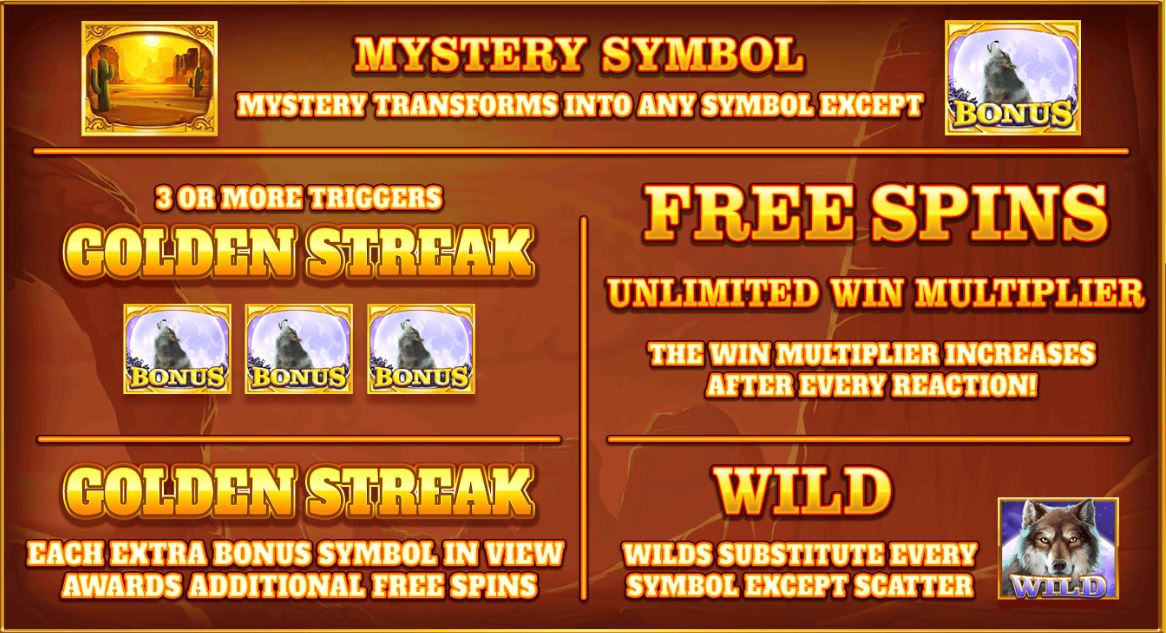 This Online Video slot has the Megaways functionality which means that the number of symbols shown per wheel varies each spin. Each spin can have up to 117 649 ways to win! The wins pay from left to right, in combination with the horizontal reel on top which adds one more symbol to reel two, three, four and five. 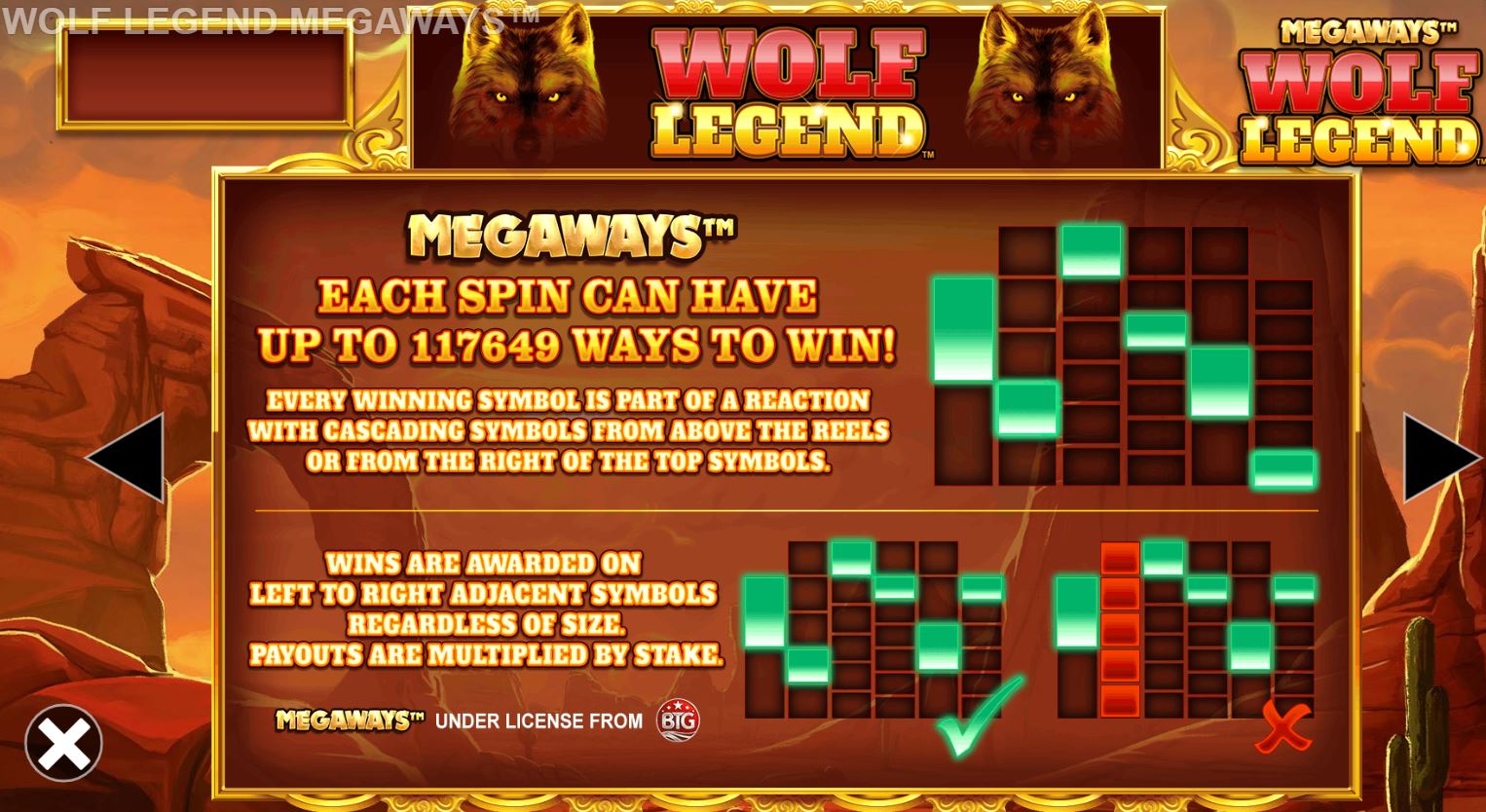 The base game in this online slot can get quite exciting. Every spin can reveal a huge Megaways combination and a massive win. The Free Spins feature is of course the main thing you hope for when playing this game, but with the golden wolf paying so much, a big combination there and you’re laughing, singing, dancing or whatever you do to celebrate. 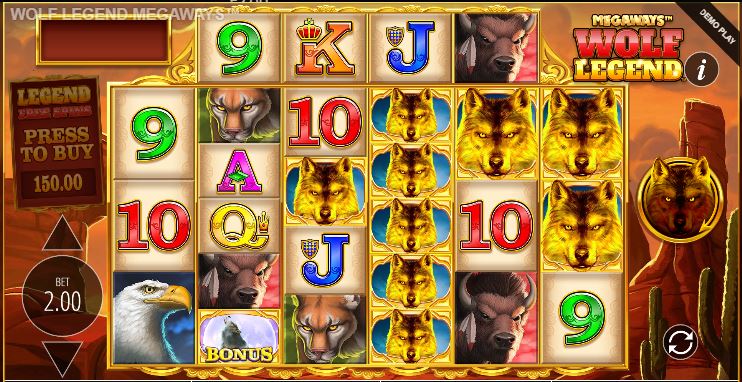 In this slot, Blueprint gaming has built in a “Buy the Bonus Feature”-functionality. This costs 75 times your stake amount and will get you right into the Wolf Streak where you collect Bonus symbols to earn free spins. You are guaranteed a certain number of Bonus symbols (four), but it often goes higher than than and you normally start with around 10-11 spins unless you gamble for more. 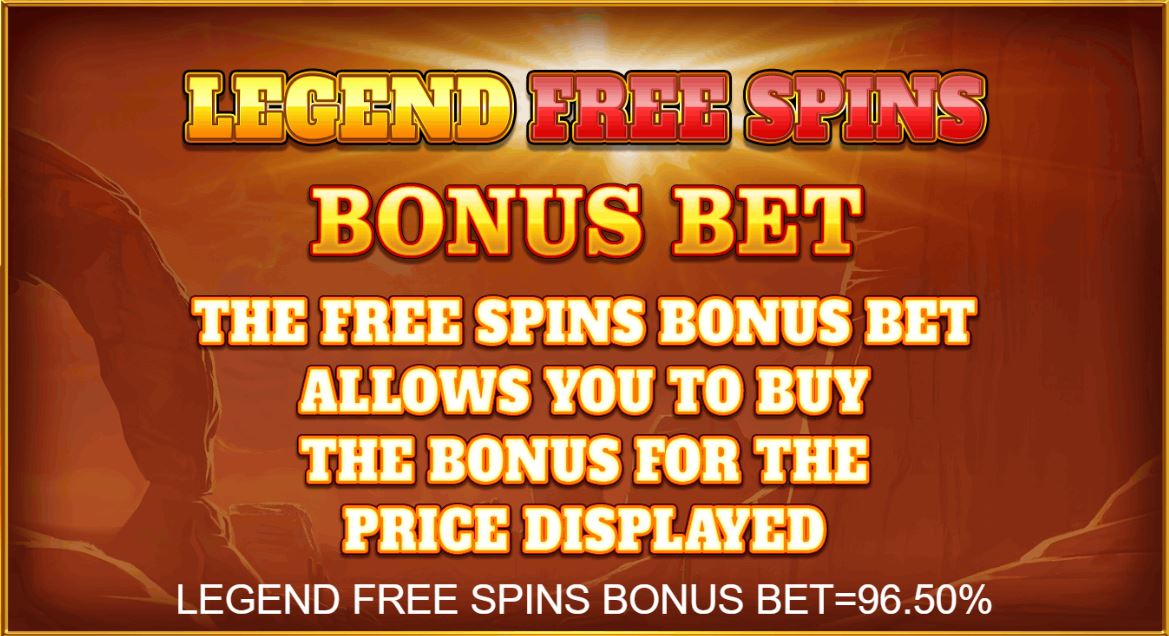 When you hit three or more Bonus symbols, the Wolf Streak will start. Depending on how many Bonus symbols were hit during the original spin, you will start with one, two or three lives in the Streak. During the Wolf streak, each bonus symbol will add between 1 and 4 spins for each extra. The reels will re-spin as long you get at least one more Bonus symbol stopping on the reels. If you don’t get a bonus symbol, you will lose one life and if it is your last, you’re presented with the gamble 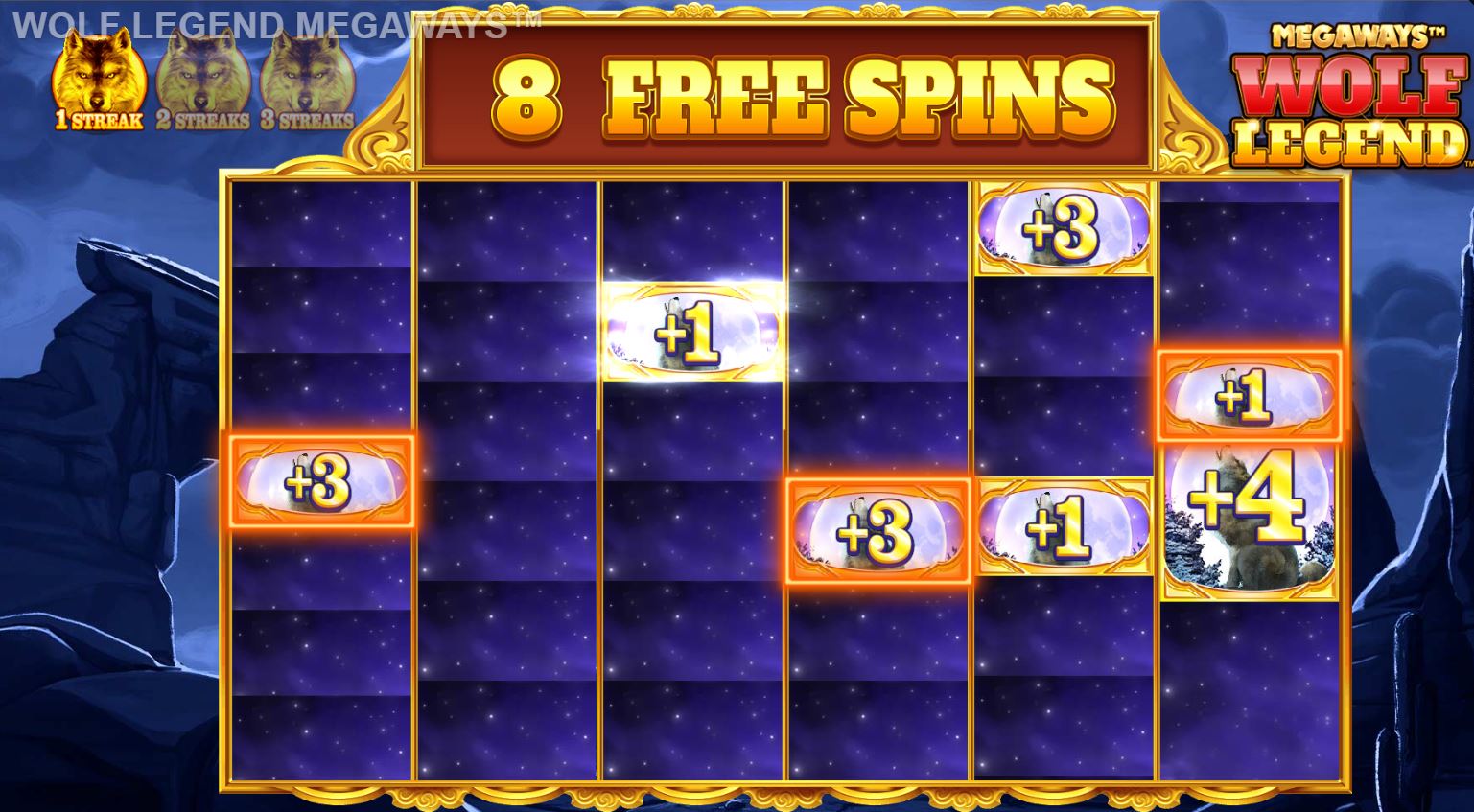 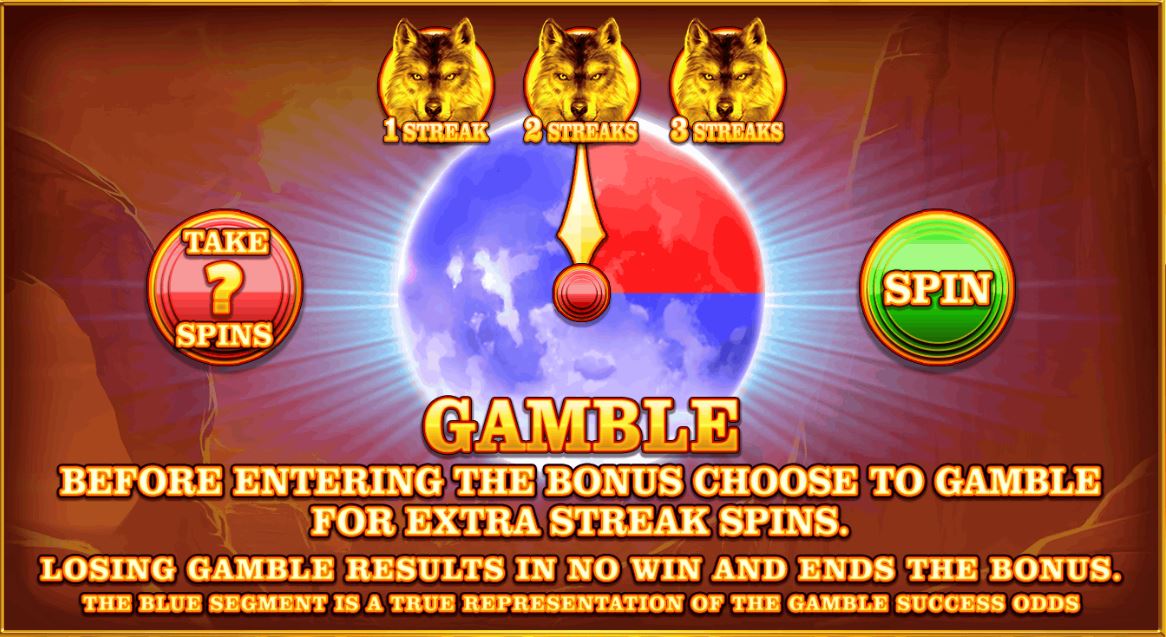 The Free Spins play like other Megaways slots, where each winning chain reaction increases the multiplier. Early Chain reactions is the name of the game here and what to hope for. 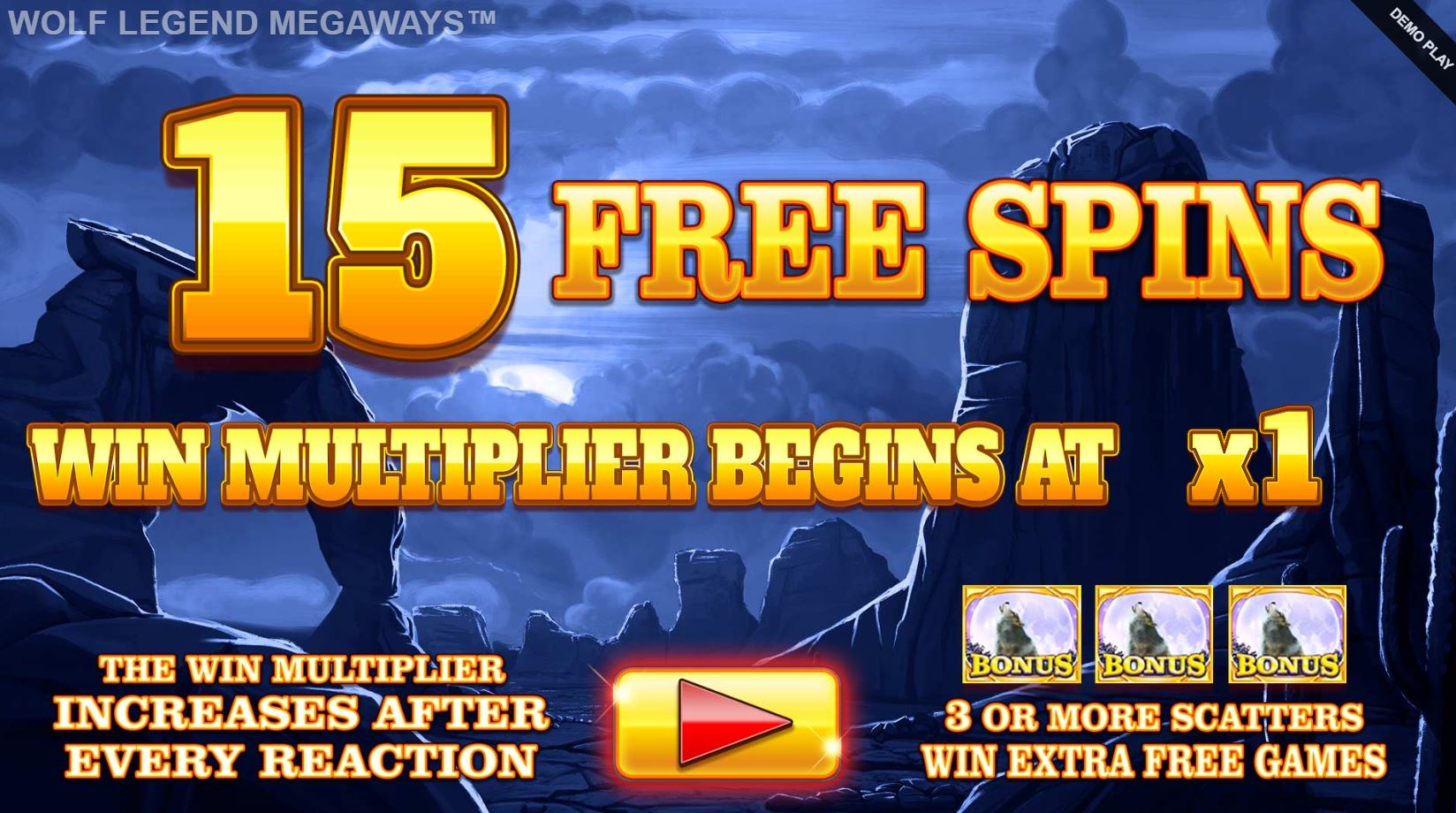 If you hit the mystery symbol during the free spins, you are almost guaranteed a win. In the base game it rarely leads to a win unless you have mystery symbols on a row. 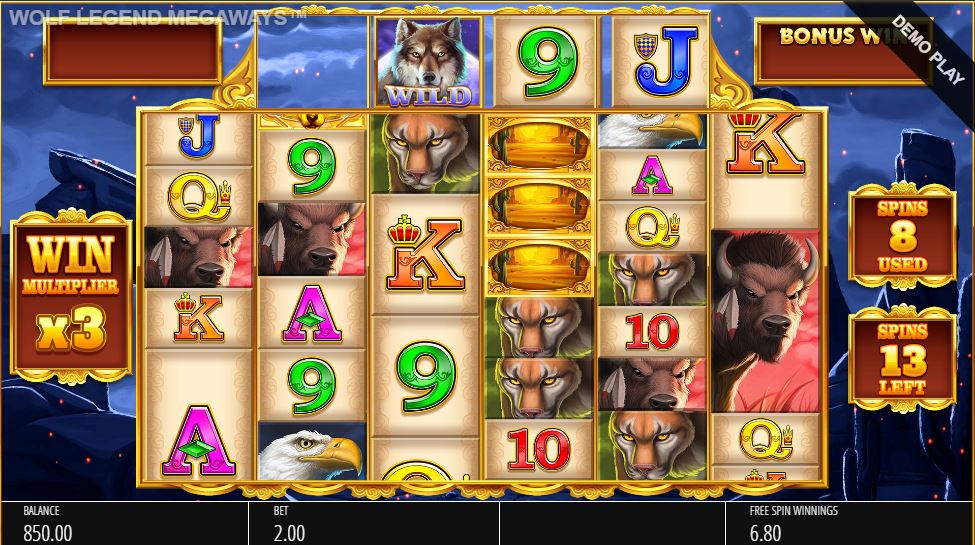 Wolf Legend Megaways is one of the better megaways slots released by Blueprint gaming this year. It has a lot of features which sets it apart from many other Megaways slots. We really like this and rate it at 4.2 out of 5 stars.

Do you like to play slots and enjoy discussing all sorts including the state of the latest slot releases? Then join in with us on twitch. We’d definitely love to have you along.

Check out some more of our News and Review of other slots:

How to Win the Free Spins Feature